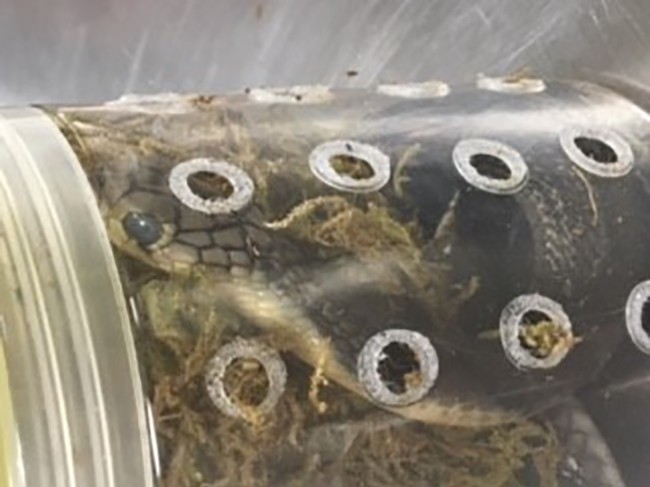 U.S. Customs and Border Protection agents received a slithery surprise when they checked a mail container at Kennedy International Airport.

The agency said Tuesday that officials seized five live king cobras and three geckos during an inspection at the airport mail facility on June 29. Agents first discovered the dangerous contents of the package in an X-ray scan.

The reptiles were sent in a container from Hong Kong.

The reptiles have been sent to the U.S. Fish and Wildlife Service.