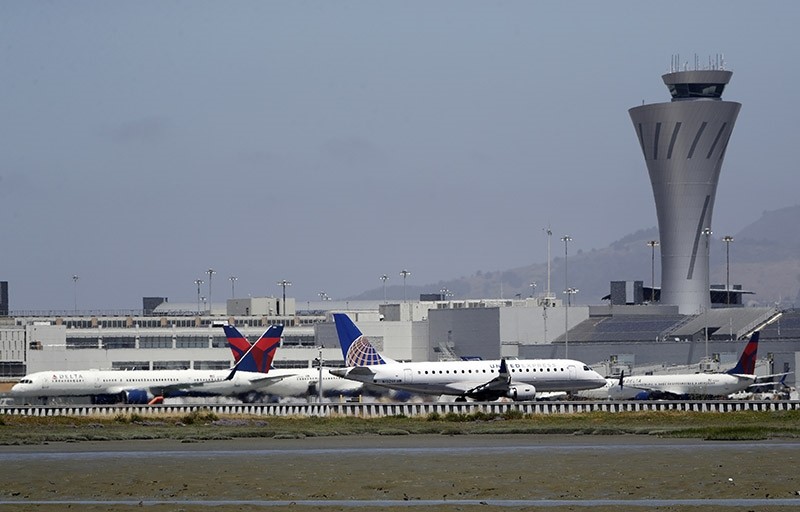 Transportation authorities in Canada and the U.S. are investigating after an Air Canada jetliner with 140 people on board nearly landed on a taxiway where four other planes were waiting for takeoff at San Francisco International Airport last week.

Air Canada flight 759 from Toronto to San Francisco came within 30 meters of what could have been one of the worst disasters in aviation history, according to a preliminary summary of the July 7 incident released Thursday by Canada's Transportation Safety Board.

Instead of lining up the aircraft to land on the runway, it appeared that the Air Canada pilot mistakenly descended towards a taxiway that runs parallel to the runway.

A recording of conversations between the air traffic control tower and the pilots involved in the incident offered a dramatic window into the incident.

"Where is this guy going? He's on the taxiway," the pilot of one of the planes on the ground could be heard warning the control tower in a recording posted online.

The Air Canada pilot was quickly told to go around and complied, pulling up and overflying the first two planes by just 30 meters and the third and fourth aircraft by 60 meters and 90 meters respectively.

"Air Canada flew directly over us," a United Airlines pilot could be heard saying later.

"Yeah I saw that, guys," added another voice.

The report said the "closest lateral proximity" of the Air Canada jet to one the planes on the taxiway was roughly nine meters.

The plane landed safely on another approach.

The U.S. National Transportation Safety Board, which is heading the investigation, has not released any information and spokesman Keith Holloway said he could not comment on another agency's data.

Transportation Safety Board of Canada spokesman Chris Krepski said he could not confirm the source of the data in the document, which was released as part of a "daily notification log" of safety incidents that Canadian air operators are obliged to report to regulators.

The most likely source was Air Canada, but company spokeswoman Angela Mah would only say in an email that the airline is "investigating the circumstances and cooperating with authorities." She said because of the investigation, she could provide no more information.

Collisions on the ground are particularly dangerous because planes waiting to take off are loaded with fuel. The deadliest crash in aviation history occurred in 1977 when a KLM Boeing 747 taking off in the Canary Islands plowed into a Pan Am 747 that was waiting to take off; 583 people died in the crash and fires.

There are several cases in the United States when landing planes either hit another aircraft on the ground or barely cleared one. In the instances that safety consultant Cox recalled, including several at Los Angeles International Airport, the pilots of the landing plane could not see the other airplane.

"What is so unusual about this one is the airplanes could see each other and they still got this close," Cox said. "These guys really did intend to land on this taxiway."