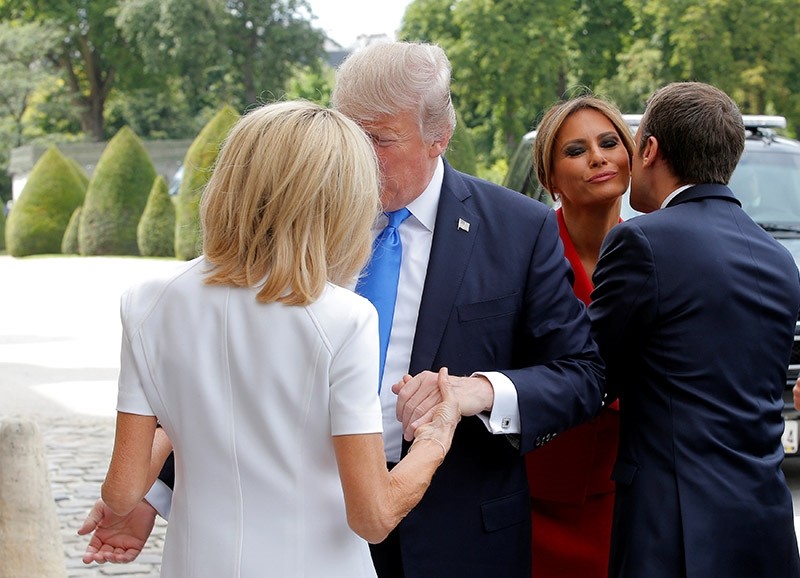 Trump previously praised the French first lady for being in "good shape" and called her "beautiful" during his Paris visit last week, which was all caught on camera and later went viral on social media.

In response to the president's awkward attempt to compliment 64-year-old Brigitte Macron, who is 25 years older than her husband, the Adidas subsidiary shared a chart with the title "when is it appropriate to say, 'You're in such good shape…beautiful.'"

The sports-shoe maker listed scenarios such as "Are you a world leader greeting the spouse of a head of state?" and "Are you in an elevator with a woman?" advising not to compliment in such situations.

"Did you just find a forgotten action figure from your youth, unscathed after decades, in your parents' basement?" was the only scenario on the chart labeled as an appropriate time for issuing Trump's "you're in such good shape" comment.

Reebok was not the first consumer brand to dip its toes into the politics and diplomacy of the Trump administration and to touch on sensitive issues. Nike Inc. previously advocated for diversity, criticizing the U.S. president's travel ban move, and also said that Trump's decision to pull out of the Paris climate accord was a mistake.