North Korea doesn't have capacity to hit US, general says 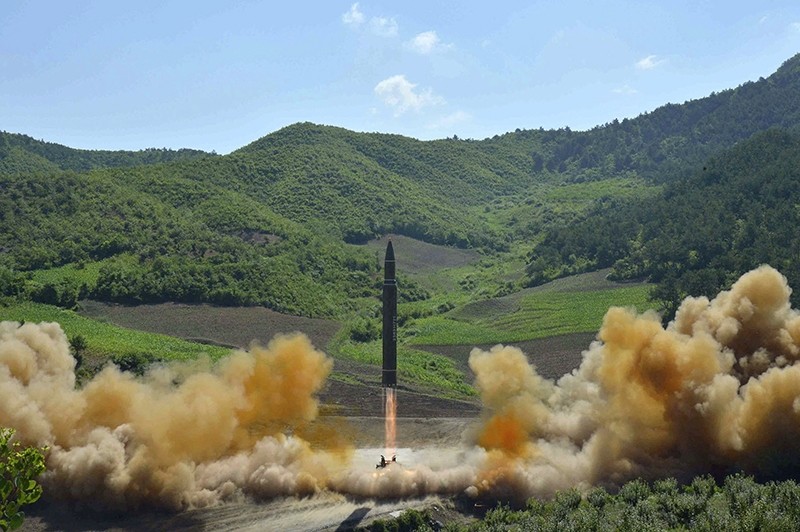 This July 4, 2017, file photo distributed by the North Korean government shows what was said to be the launch of a Hwasong-14 intercontinental ballistic missile, ICBM, in North Korea's northwest (AP Photo)
by Jul 18, 2017 12:00 am

North Korea does not have the ability to strike the United States with "any degree of accuracy" and while its missiles have the range, they do not have missile guidance capability needed, Vice Chairman of the U.S. Joint Chiefs of Staff General Paul Selva said on Tuesday.

"I... am not sanguine that the test on the 4th of July demonstrates that they have the capacity to strike the United States with any degree of accuracy or reasonable confidence or success," Selva said while appearing before the Senate Armed Services Committee.

Earlier this month North Korea said it had conducted its first test of an intercontinental ballistic missile (ICBM), and that it had mastered the technology to mount a nuclear warhead on the missile.