Venezuela dismisses Trump's 'brutal' and 'imperial' threats; to review ties with US 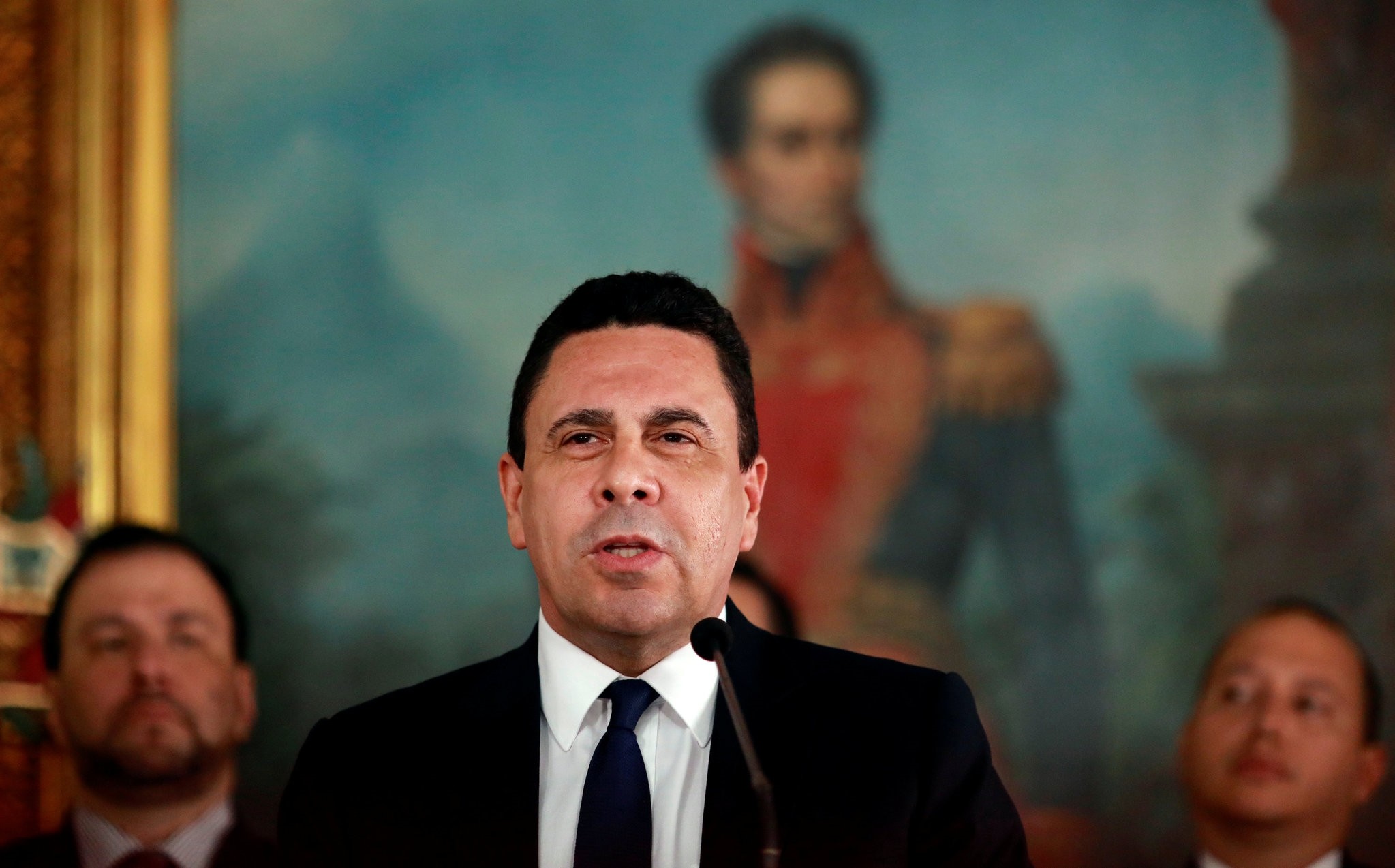 Venezuelan Foreign Minister Samuel Moncada talks to the media during a news conference in Caracas, July 18, 2017. (REUTERS Photo)
by Anadolu Agency Jul 18, 2017 12:00 am

Venezuela's government said Tuesday it will go ahead with a controversial election of a Constituent Assembly despite a threat of economic sanctions by U.S. President Donald Trump.

"Elections to the National Constituent Assembly is an act of political sovereignty. Nothing and nobody can stop it," Foreign Minister Samuel Moncada said in a speech at the foreign ministry office.

He added the government would proceed with a "deep" review of its relations with the United States he called a "xenophobic and racist" empire.

The new assembly Maduro wants to elect July 30 would have the power to rewrite the Constitution and detour the opposition-controlled legislature.

Following an unofficial referendum Sunday in which millions of Venezuelans cast ballots to reject the assembly, Trump, a day later called Maduro "a bad leader who dreams of becoming a dictator'' but did not specify what actions he may take against the socialist South-American government.

A senior U.S. official, who called the planned assembly "a very important step towards the full dictatorship model that [Maduro] seems to be striving for", said all options are being considered as the U.S. weighs its response, including a potential ban on Venezuelan oil imports.

"We will continue to study the options; as far as whether we are looking at anything beyond targeted sanctions -- absolutely," according to the official, who spoke to reporters on condition of anonymity.

The official said that while a final decision has yet to be reached on exact U.S. actions, "we have a pretty good idea of the direction we're headed in".

The opposition coalition called for a 24-hour nationwide strike for Thursday and massive protests in the days to come to force Maduro to step down before the end of his term in 2019.

Maduro has repeatedly qualified the new assembly to rewrite the Constitution is the only way to recover it economically and achieve peace.

Brazil, European Union, United Nations and the Organization of American States have also demanded Venezuela drop plans for the assembly.

A group of 100 Colombian and Chilean senators Tuesday filed a lawsuit against Maduro at the International Criminal Court at The Hague, accusing him of murder, persecution, torture and forced disappearance.

Venezuela has grappled with deadly political and economic crises as low crude oil prices have forced the government to cut back or eliminate its socialist programs.

The opposition has run a vigorous campaign to try to push Maduro out of office through early elections.

In turn, Maduro has blamed the right-wing opposition, the U.S. and its regional allies for the country's current condition.