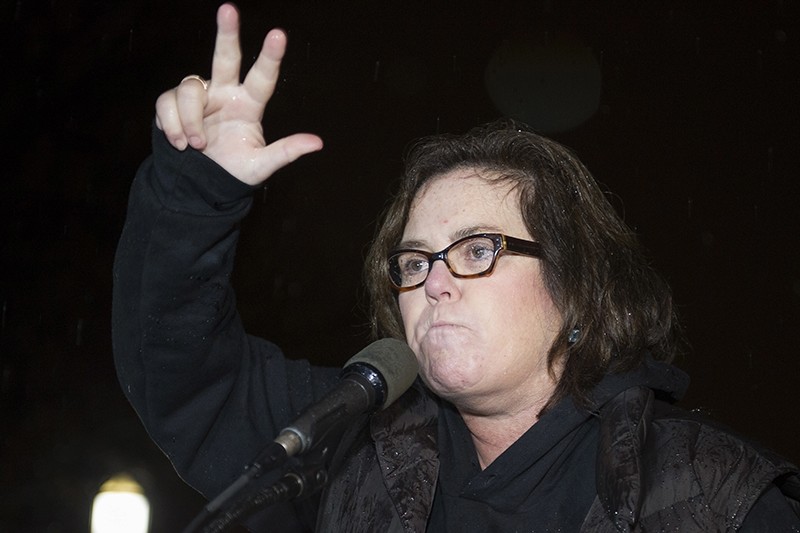 In this Feb. 28, 2017, file photo, Rosie O'Donnell speaks at a rally calling for resistance to President Donald Trump in Lafayette Park in front of the White House. (AP Photo)
by Associated Press Jul 19, 2017 12:00 am

Rosie O'Donnell is in a new feud with President Donald Trump's supporters after promoting an online game that lets players lead Trump off a cliff.

Several conservative blogs have called attention to O'Donnell tweeting a link to pushtrumpoffacliffagain.com during the weekend. A post on Fox News Channel host Sean Hannity's website calls the game "sick" and "gross." Young Conservatives suggests the game encourages violence against the president.

O'Donnell and Trump have traded barbs for years after O'Donnell publicly criticized Trump on "The View" in 2006. Trump has made her a frequent target on Twitter, calling her a loser, a bully and mentally sick over the years.