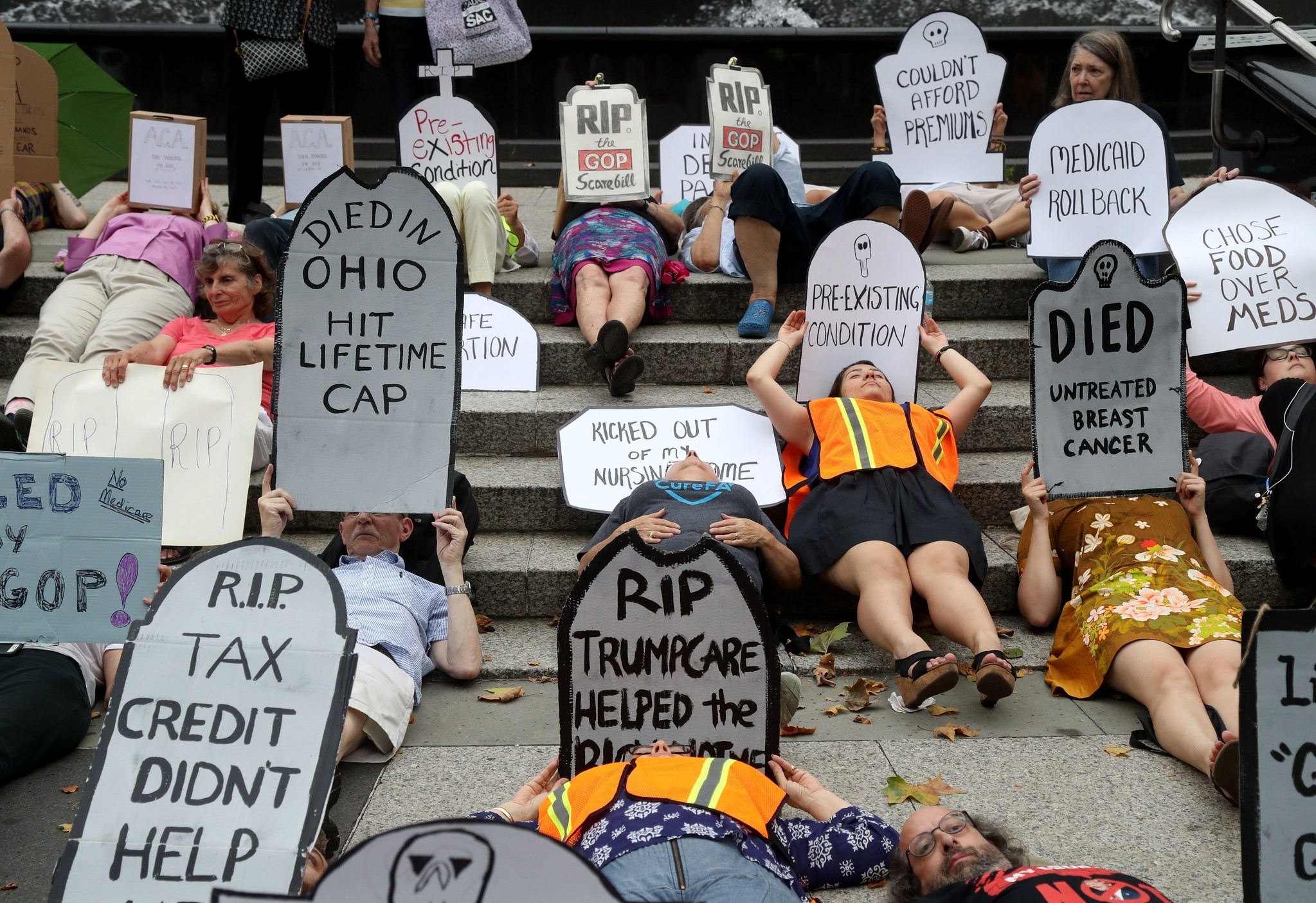 Thirty-two million Americans would lose their health insurance by 2026 under a U.S. Senate plan to repeal Obamacare without providing a replacement, the Congressional Budget Office reported on Wednesday.

The CBO estimated the number of uninsured would rise by 17 million next year alone if the Affordable Care Act were to be scratched without a new healthcare plan.

Trump's sudden re-resolve to get "Obamacare" repeal-and-replace passed came after he's been on all sides of the issue in a whiplash-inducing series of remarks over recent days and weeks, supporting repeal and replace, straight repeal, and finally doing nothing so "we'll just let Obamacare fail," as he declared on Tuesday.

He's also failed to use his "bully pulpit" to sell the GOP legislation to the public, something he promised senators he would remedy.

Yet for all the determined rhetoric Wednesday, the basic divisions haven't changed in the Senate, where conservatives like Rand Paul of Kentucky want legislation that fully repeals the Obama law while moderates like Susan Collins of Maine want something incompatible with that, a more generous bill that provides for Americans including those who gained Medicaid coverage under the Affordable Care Act.