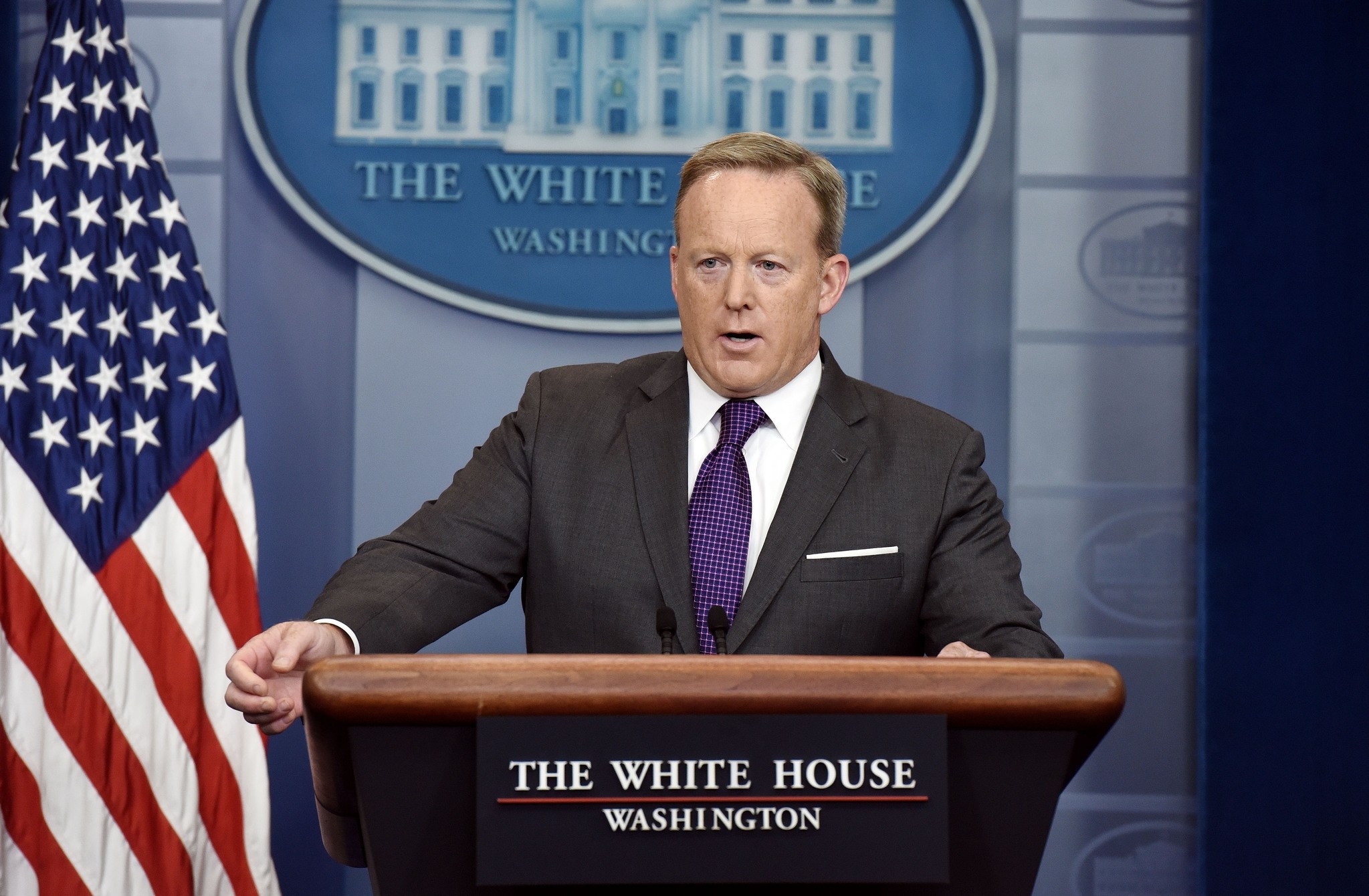 White House Press Secretary Sean Spicer briefs members of the media during a daily briefing at the White House July 17, 2017 in Washington, DC. (AFP Photo)
by Compiled from Wire Services Jul 21, 2017 12:00 am

A White House official confirmed the departure of Spicer, 45.

Parodied memorably by actress Melissa McCarthy on the "Saturday Night Live" television comedy show for his combative encounters with the White House press corps, Spicer became one of the Trump administration's most recognized figures.

From the beginning, he invited controversy, attacking the media in his debut appearance as press secretary for reporting what he called inaccurate crowd numbers at Trump's inauguration.

"This was the largest audience to ever witness an inauguration, period, both in person and around the globe," he said, an assertion that quickly drew scorn.

The White House official gave no reason for Spicer's resignation. The New York Times reported he quit over Scaramucci's appointment. Spicer had been serving as press secretary and communications director.

"It's been an honor & privilege to serve @POTUS @realDonaldTrump & this amazing country," Spicer wrote in a Twitter post on Friday. "I will continue my service through August."

Deputy Press Secretary Sarah Sanders was scheduled to give an on-camera briefing on Friday afternoon at the White House, which had offered no official statement by early afternoon on Spicer's resignation.

Before being tapped by Trump for the job of press secretary, Spicer was spokesman for the Republican National Committee. He also had previously worked in the administration of former President George W. Bush, a time when he dressed up in an Easter Bunny costume for the annual White House Easter Egg Roll.

Spicer and other Trump aides shook up White House dealings with the media, including cutting back daily televised news briefings and replacing them with audio briefings only.

Currently at the Export-Import Bank, Scaramucci is expected to start his new job in August, the official said. No other changes were immediately expected in a communications operation that includes press secretary Sean Spicer and his deputy, Sarah Sanders, the official said.

The appointment comes as the White House deals with questions around a special counsel probe and several congressional investigations into alleged Russian meddling in the 2016 U.S. presidential election and potential collusion with Trump's campaign.

Separately, Special Counsel Robert Mueller, who is investigating the possible Trump-Russia ties, has asked White House officials to preserve any records of a meeting last year between the president's eldest son, Donald Trump Jr., and a Russian lawyer, a source with knowledge of the request said on Friday.

Attorney General Jeff Sessions on Thursday brushed off sharp criticism from Trump, saying he loved his job and planned to continue serving. Trump took a broad swipe at his administration's top law officers this week in a New York Times interview, saying he would not have appointed Sessions as attorney general if he had known he would recuse himself.

Unrest among White House officials was not confined to legal and communications staffers, said two officials familiar with the situation.

Trump has ignored the recommendations of national security adviser H.R. McMaster and his senior director for Russia, Fiona Hill, on dealing with Russian President Vladimir Putin, the officials said, speaking on condition of anonymity.