Brazilians tricked into 'slavery' by US church, ex-members claim 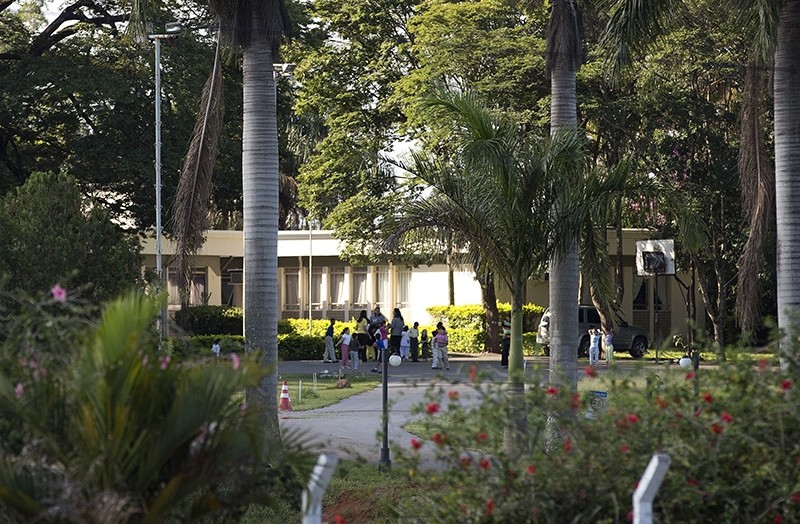 When Andre Oliveira answered the call to leave his Word of Faith Fellowship congregation in Brazil to move to the mother church in North Carolina at the age of 18, his passport and money were confiscated by church leaders — for safekeeping, he said he was told.

Trapped in a foreign land, he said he was forced to work 15 hours a day, usually for no pay, first cleaning warehouses for the evangelical church and later working at businesses owned by the sect's senior ministers. Any violation of the rules risked the wrath of church leaders, he said, ranging from beatings to shaming from the pulpit.

An Associated Press investigation has found that Word of Faith Fellowship used its two church branches in Brazil to siphon a steady flow of young laborers who came on tourist and student visas to its 35-acre compound in rural Spindale. The Brazilians often spoke little English when they arrived and many had their passports seized.

"They kept us as slaves," Oliveira told the AP. "How can you do that to people — claim you love them and then beat them in the name of God?"

Under U.S. law, visitors on tourist visas are prohibited from performing work for which people normally would be compensated. Those on student visas are allowed some work, under circumstances that were not met at Word of Faith Fellowship, the AP found.

In 2014, three former congregants told an assistant U.S. attorney that the Brazilians were being forced to work without pay, according to a recording of the meeting obtained by the AP.

Jill Rose, now the U.S. attorney in Charlotte, promised she would "take a fresh look at it," according to the recording. But the former members said she never responded when they repeatedly tried to contact her in the months after the meeting.

Rose declined to comment to the AP, citing an ongoing investigation.

Oliveira, who fled the church last year, is one of 16 Brazilian former members who told the AP they were made to work while being subjected to physical or verbal assaults.

Former congregant Jay Plummer, an American, supervised remodeling projects for a church's leader business and confirmed the Brazilians' assertions that the U.S. workers who labored alongside them were paid while they were not.

The revelations of forced labor are the latest in an ongoing AP investigation exposing decades of abuse at Word of Faith Fellowship. Based on exclusive interviews with 43 former members, documents and secretly made recordings, the AP reported in February that congregants were regularly punched and choked in an effort to "purify" sinners by beating out devils.

The church has rarely been sanctioned since it was founded in 1979 by Jane Whaley, a former math teacher, and her husband, Sam. Another previous AP report outlined how congregants were ordered by church leaders to lie to authorities investigating reports of abuse.

The AP made repeated attempts to obtain comments for this story from church leaders in both countries, but they did not respond.

Under Jane Whaley's leadership, the church grew from a handful of followers to about 750 congregants in North Carolina and nearly 2,000 members in its churches in Brazil and Ghana and affiliations in Sweden, Scotland and other countries.

Whaley and her lieutenants travel several times a year to the Brazilian branches, in the southeastern cities of Sao Joaquim de Bicas and Franco da Rocha.

She tells the Brazilian members of her flock that they can improve their lives and relationships with God with pilgrimages to Spindale, according to several of those interviewed.

Some said they also were enticed with the chance to attend college, to learn English, to see a bit of the U.S. Others said they felt they had no choice but to travel to North Carolina.

Perhaps to circumvent the rules against employment, church leaders sometimes referred to the forced labor projects as "volunteer work," according to Brazilians interviewed in both countries.

Many females worked as babysitters and in the church's K-12 school, and many males worked in construction, the former members said. The work included ripping out walls and installing drywall in apartments owned and rented out by a senior church minister, they said.

"It was slave labor," said Rebeca Melo, 29, who grew up in the church in Brazil and visited the U.S. about 10 times.

Whaley's brand of "love" also played a key role in enticing Brazilian males to Spindale — and keeping them there once their visas expired, according to former members of the church.

Ten of those interviewed spoke of male Brazilians obtaining green cards for permanent residency and being able to legally work by being married off to female American congregants.

It is illegal to enter a sham marriage for the purpose of avoiding U.S. immigration laws.

"I can count at least five or six Brazilian guys that moved here to marry an American girl," Melo said. "They would never, ever, ever consider letting you date somebody outside of the church."