US democrats unveil 'A Better Deal' in attempt to rebrand party 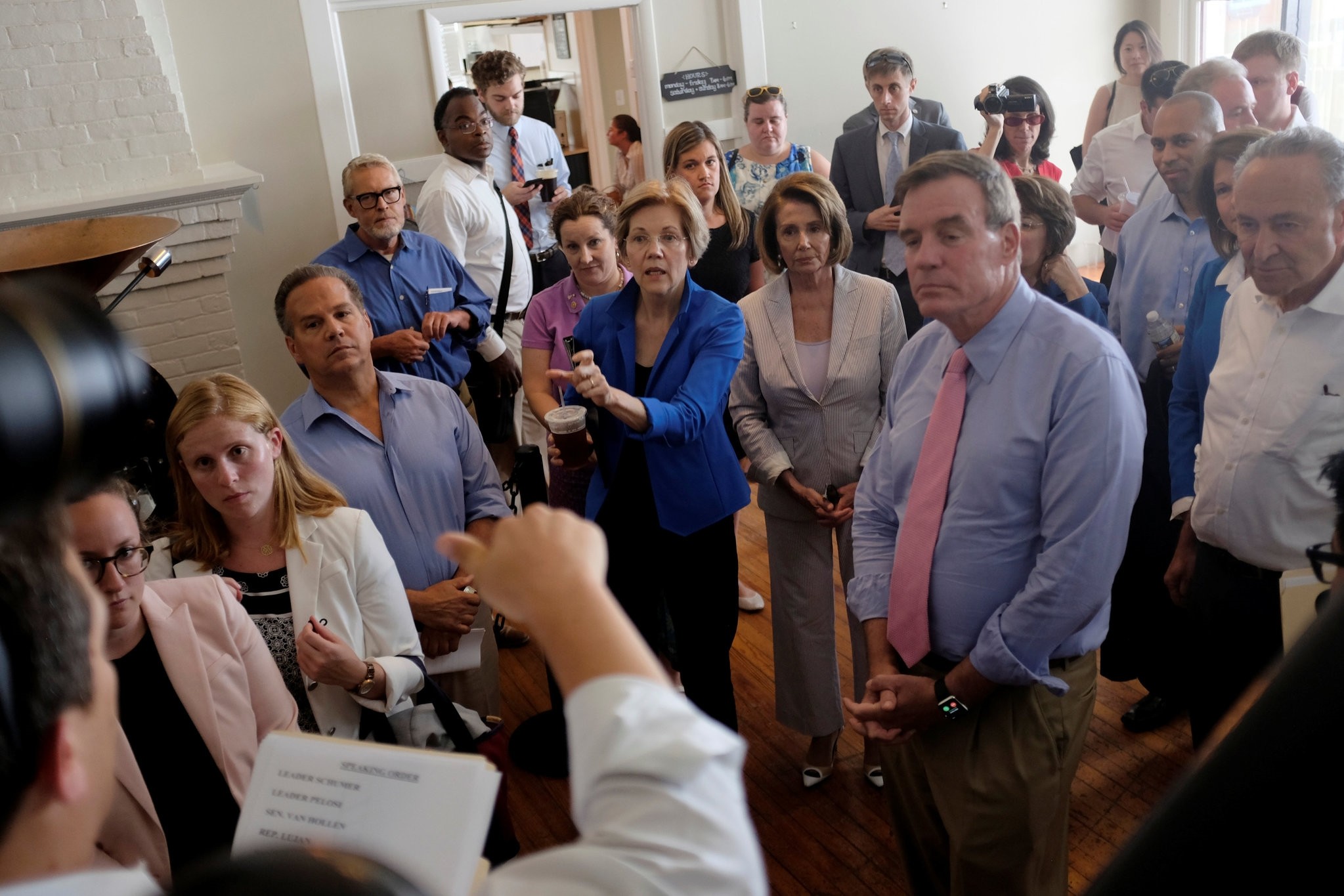 US senators huddle together in a coffee shop before unveiling the Democratic party's ,A Better Deal, for working Americans in Berryville, Virginia, U.S., July 24, 2017. (REUTERS Photo)
by Associated Press Jul 24, 2017 12:00 am

Promising "A Better Deal" for American workers, Democratic Party leaders rolled out a new agenda with a populist pitch on Monday as they sought to bounce back from their losses in November and look ahead to the 2018 midterms.

They left the Beltway for small-town Berryville, Virginia, in an attempt to appeal to the working-class voters that Donald Trump appealed to last November and Democrats hope to win back.

"Too many Americans don't know what we stand for," said Senate Minority Leader Chuck Schumer of New York. "Not after today."

Attempting to bridge all parts of the party, Democrats invited moderate Sen. Mark Warren of Virginia and liberal Sen. Elizabeth Warren of Massachusetts.

The event took place in the district of one of the GOP House members they hope to defeat next year, Barbara Comstock.

"While it's early, there's no doubt that this district and so many others are up for grabs in the 2018 midterms," said Rep. Ben Ray Lujan, who chairs the Democrats' House campaign committee.

Capitalizing on that, a handful of GOP protesters were on hand Monday with Papa John's pizza boxes that showed a photograph of House Minority Nancy Pelosi of California. "Better skills, Better jobs, Better wages, Still Pelosi" was the slogan on the pizza boxes.

Detailed planks will be rolled out over time. On Monday, three were being unveiled:

Democrats hope to make gains in next year's midterm elections, and perhaps even flip the 24 GOP-held seats necessary to regain the majority in the House.

Yet they are mostly playing defense in the Senate where 10 Democrats are trying to retain seats in states won by Trump, including Republican strongholds like West Virginia, Missouri, and North Dakota. Party strategists say that for most Senate candidates, a national party message has little value and each candidate must fight on their own terms and issues.