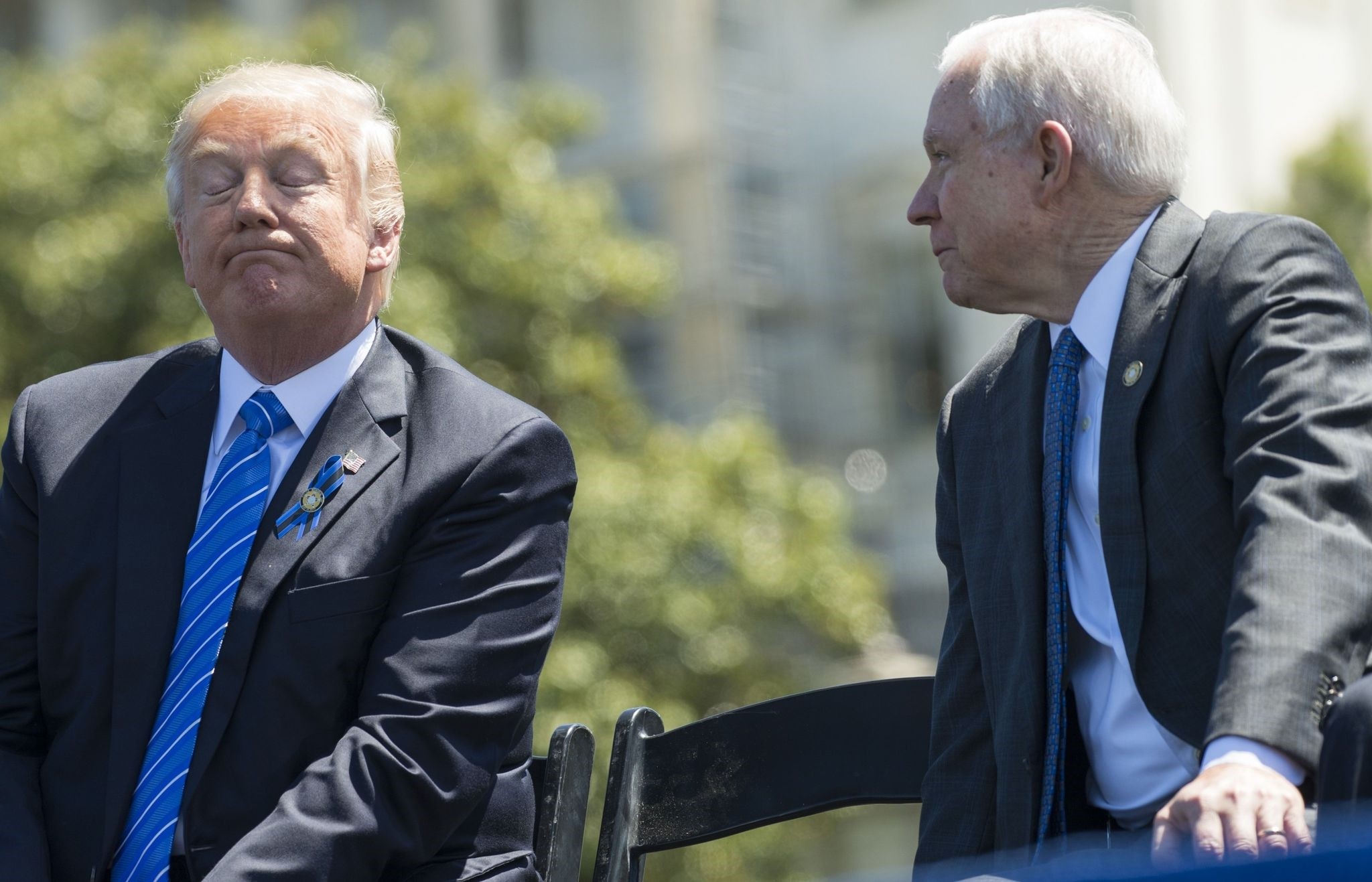 US Attorney General Jeff Sessions found himself in an increasingly untenable position Tuesday, as President Donald Trump once again skewered him on Twitter, calling his onetime ally "VERY weak."

Sessions was one of Trump's earliest and most loyal supporters, but the Republican billionaire has turned on him publicly in the past week, as rumors fly that the former senator from Alabama will be replaced.

Trump has openly criticized Sessions for recusing himself from overseeing a federal probe into possible collusion between the Trump campaign and Russia to meddle in the 2016 US presidential elections.

On Tuesday, Trump berated his top law enforcement official over what he deemed insufficient efforts in pursuing intelligence leaks and for failing to go after former Democratic presidential candidate Hillary Clinton over her private email server.

"I know that he is certainly frustrated and disappointed in the attorney general for recusing himself," she told Fox News. "That frustration certainly hasn't gone away and you know, I don't think it will."

US presidents normally go to great pains to avoid being seen as influencing ongoing or possible investigations, making Trump's attacks on Sessions all the more extraordinary.

With pressure mounting from the investigation led by former FBI director Robert Mueller, Trump has sought to revive an election year controversy over Clinton's use of a private server to send email while secretary of state.

The Washington Post has reported that Trump's team sees getting rid of Sessions as part of a potential strategy to fire Mueller and end the investigation.

Sessions however has said he has no plans to resign.

But Giuliani dismissed the report and said Sessions was right to have recused himself from the Russia probe, CNN reported.

On Monday, Trump took to Twitter to declare his attorney general "beleaguered" as he wondered out loud why Sessions was not investigating Clinton.

"So why aren't the Committees and investigators, and of course our beleaguered A.G., looking into Crooked Hillarys crimes & Russia relations?" Trump asked.

The White House also alleged last week that the Democrats colluded with Ukraine during the 2016 campaign, adding another twist to the president's counter-offensive.

"Ukrainian efforts to sabotage Trump campaign - 'quietly working to boost Clinton.' So where is the investigation A.G.," Trump said in another early morning tweet Tuesday.

Trump has expressed increasing anger with Sessions as his Justice Department's investigations into possible Trump-Russia collusion has quickened.

Sessions recused himself because of his role on Trump's campaign and because he failed to tell the Senate during his confirmation hearings about contacts he had with the Russian ambassador in Washington.

Trump said he would never have hired Sessions had he known he would recuse himself.

"It's extremely unfair, and that's a mild word, to the president," Trump told The New York Times last week.

On Tuesday, senior White House aide Kellyanne Conway said Sessions' recusal had opened the door to what Trump sees as a "witch hunt."

Jared Kushner, the president's son-in-law and a top White House official, was questioned Monday by a Senate panel about contacts with then Russian ambassador Sergey Kislyak, a Russian financier and a Russian lawyer who offered dirt on Clinton.

Kushner made a statement denying collusion after testifying behind closed doors, insisting the string of undisclosed meetings with Russian officials were "proper."

"Jared Kushner did very well yesterday in proving he did not collude with the Russians. Witch Hunt. Next up, 11 year old Barron Trump!" Trump tweeted on Tuesday.

In May, Trump fired FBI director James Comey over the bureau's investigation into Russia.

That led to Mueller's appointment as a special prosecutor.

Sessions' onetime Republican colleagues in the Senate came to his defense Tuesday, saying he showed good judgment in removing himself from the Russia probe.

Lindsay Graham called Trump's tweet about Sessions "highly inappropriate," adding: "Jeff understands that we are a nation of laws, not men."