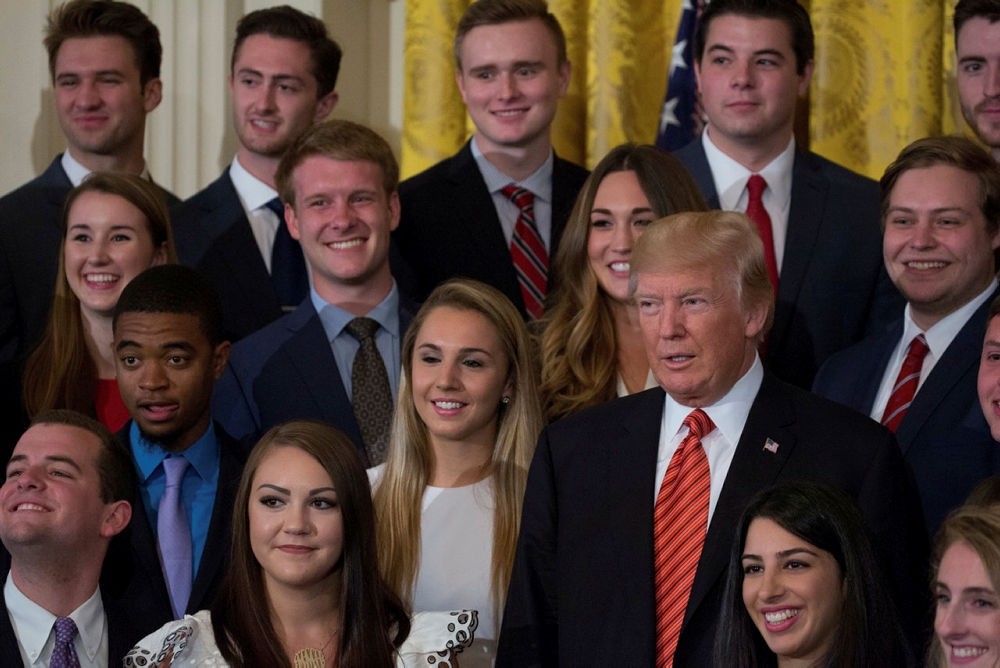 A White House reporter called out questions as Trump posed for photographs with interns in the East Room. Asked if Attorney General Jeff Sessions should resign, Trump rolled his eyes. When the reporter asked the president if he had a message on health care, Trump said "quiet."

The president then told the interns that the reporter "was not supposed to do that" and was "breaking a code."

Reporters typically call out questions to the president when covering photo ops or bill signings. The president frequently answers.