US does not seek regime change in North Korea, Tillerson says 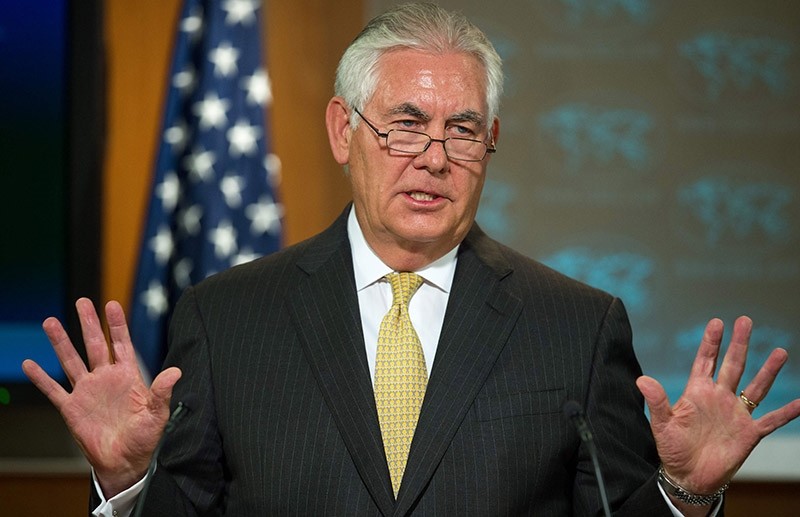 Secretary of State Rex Tillerson promised Tuesday that the United States is not trying to topple Kim Jong-Un's North Korean regime, but warned it must halt its nuclear missile program.

Briefing reporters on diplomatic efforts to pressure Pyongyang, Tillerson said Washington would be willing to talk to the North if its leaders accept that they must disarm.

"We don't think having a dialogue where the North Koreans come to the table assuming they're going to maintain their nuclear weapons is productive," he warned.

But he sought to reassure the isolated authoritarian regime that it does not need a nuclear arsenal to defend itself from a U.S. attack.

"We do not seek an excuse to send our military north of the 38th parallel. And we're trying to convey that to the North Koreans.

"We are not your enemy. We're not your threat, but you are presenting an unacceptable threat to us, and we have to respond."

U.S. President Donald Trump has demanded that China, North Korea's neighbor and biggest trade partner, rein in its nuclear ambitions -- angrily tweeting over the weekend that Beijing is not doing enough.

But here too, Tillerson was more diplomatic.

"We certainly don't blame the Chinese for the situation in North Korea," Washington's top diplomat said.

"Only the North Koreans are to blame for this situation, but we do believe China has a special and unique relationship, because of this significant economic activity, to influence the North Korean regime in ways that no one else can."

Last week, Kim boasted that North Korea could now strike any target in the United States after carrying out its latest intercontinental ballistic missile test.