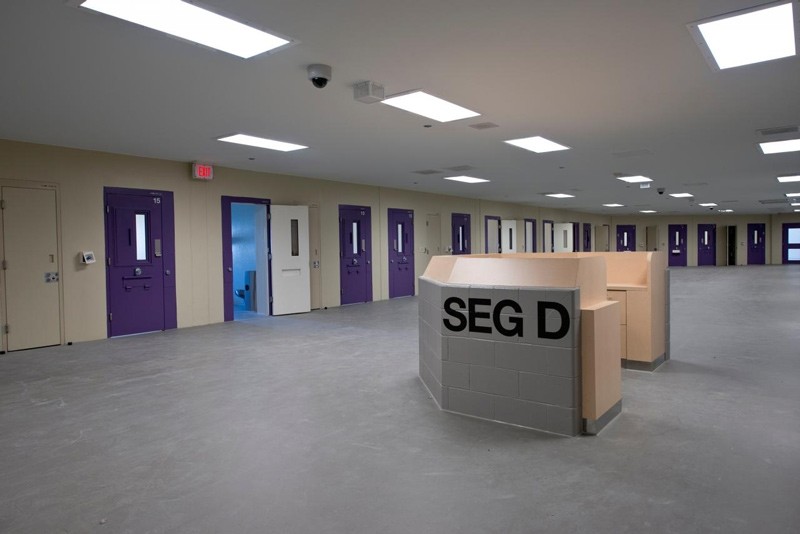 Nearly 270 people have died in Canadian provincial jails over the past five years. Two-thirds of them were legally innocent.

The high number of deaths among prisoners awaiting trial, compiled by Reuters from data provided by provincial governments, is the result of some of the world's toughest bail practices that have led to overcrowding in jails, according to lawyers, prison officers and prisoner rights advocates.

While the growing population of prisoners awaiting trial has been well documented, the disproportionate death toll in provincial jails has not.

Reuters examined deaths in provincial jails from January 2012 through July 2017 for seven of 10 Canadian provinces. Of the remaining three, one had no deaths and the other two did not provide data broken down by custodial status. The review found that 174 people died in provincial jails while awaiting trial, compared to 80 who died while serving sentences.

These figures are high even when one takes into account the disproportionate number of pre-trial detainees in jails: People awaiting trial comprised 56 percent of all inmates in these provinces over that time period, but 65 percent of the dead.

"Canadians are dying in prisons here in Canada on a regular basis and it gets very little attention," said lawyer Kevin Egan, who represents several inmates suing Ontario's provincial government over conditions in their jails.

All the provinces Reuters spoke with said inmate and officer safety are their top priority and that they take all in-custody deaths seriously.

The office of Prime Minister Justin Trudeau's justice minister declined to comment, noting that the jails were the responsibility of the provincial governments.

Prisoners awaiting trial accounted for 59 percent of the total number of inmates in provincial jails in 2015, up from 27 percent in 1995, according to Statistics Canada.

By comparison, people who have not been convicted make up about 20 percent of inmates in state and local institutions in the United States, according to the U.S. advocacy group, the Prison Policy Initiative.

But the president of the Canadian Association of Crown Counsel, which represents prosecutors, disputes that.

"We're not just covering our butts when we're considering bail," Rick Woodburn said. "Each time a Crown attorney releases somebody, it's on them. It's on them when (the accused goes) back out and they commit another crime. It's the No. 1 thing that weighs on a Crown attorney's mind," he said.

The governments of Alberta, Saskatchewan, Manitoba, Ontario, Quebec, New Brunswick and Nova Scotia told Reuters they were reviewing their penal systems in an effort to reduce the number of people locked up while awaiting trial. Several said they were also trying to improve jail procedures to ensure better care of prisoners.

Manitoba, which launched a review after a spate of deaths at a pre-trial detention center last year, is the only province investigating deaths among prisoners awaiting trial.

In neighboring Saskatchewan, each in-custody death is reviewed on a case-by-case basis, Justice Ministry spokesman Noel Busse wrote in an email. "At this time, the Ministry has not done an in-depth analysis of why there are more deaths in remand custody than there are in sentenced custody," he said

Seventy-five percent of deaths in custody in Saskatchewan over the past five years have involved prisoners awaiting trial, the Reuters review shows.

When Adam Reed, 30, arrived at Ontario's North Bay jail in November 2012, charged with assault and violating his bail conditions, the intake officer noted that Reed said he had recently attempted suicide, an inquest into Reed's death later heard.

A nurse evaluated Reed and did not deem him a suicide risk, according to inquest documents. She told the inquest she had not received the intake officer's notes. Only hours after being arrested, Reed was found hanging from his cell door.

Reed, who was an alcoholic, had said if he ever went back to jail he would take his life, his godmother Suzanne Lajambe told Reuters. "So we were aware he was at risk. You always believe that when they suffer from addiction they're better off and safer in custody than on their own. We believed that. Until that happened."

In response to the inquest, the jail implemented a new suicide screening procedure, a spokesman for Ontario Corrections Minister Marie-France Lalonde said. Almost as many people died in Ontario jails in the first half of this year (13) as died in all of last year (14), provincial data shows. All but two were prisoners awaiting trial.

Ontario Attorney-General Yasir Naqvi told Reuters he wanted to end the "churn" of people cycling in and out of the penal system. "People, especially those who are low-risk and vulnerable, can be released under supervision as opposed to being remanded," he said.

Reuters traced the causes of death for 148 of the 174 cases through inquests, government data interviews and news reports. Of those:

--34 were by natural causes, which includes illnesses and health conditions

--Nine were drug- or alcohol-related

--One followed an altercation with prison officers

--46 were designated "undetermined" by provincial governments, which means an investigation is ongoing or an inquest is pending

Newly arrived prisoners who are awaiting trial are more likely to have high amounts of drugs or alcohol in their systems and so are more at risk of overdosing or suffering potentially life-threatening withdrawal symptoms. Three former inmates told Reuters they have had prescription medication confiscated or have failed to get medical attention as they shuttle to and from court.

People with a history of self-harm may not be watched closely because their suicide risk is not communicated to jail staff who are already over-stretched in crowded facilities, lawyers and former corrections officers told Reuters. Suspects picked up on minor charges are also sometimes housed alongside those with a history of violence.

As a result, he said, otherwise manageable risks like illness or vulnerability to victimization can become fatal.

Elizabeth Cromwell alleges that strained environment contributed to her son's death. Cromwell is suing the Nova Scotia government after her 23-year-old son died of a methadone overdose three years ago while awaiting trial for breaching court conditions on past drug charges.

It isn't clear how he obtained the methadone, but Cromwell alleges in her lawsuit that the jail where her son died was "overcrowded, understaffed and unsafe."

The provincial government has denied the allegation, saying the jail "met the standard of care and did not expose Clayton Cromwell to any unusual or actionable risks or dangers."