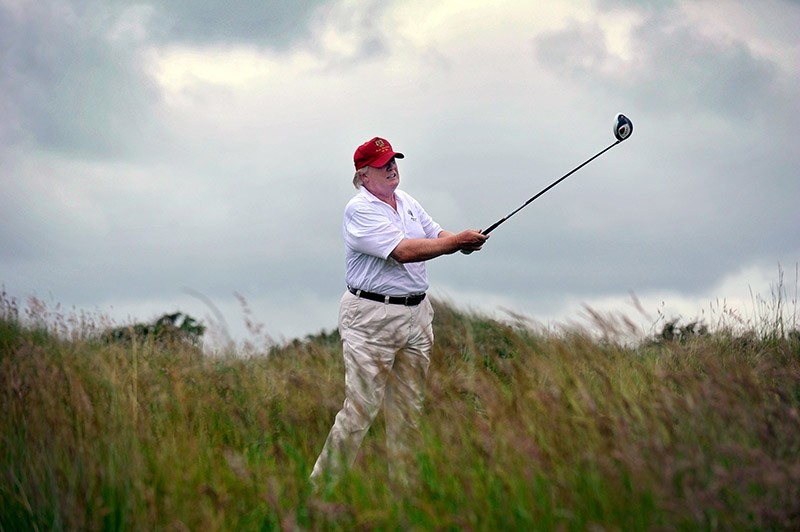 Media reports claiming that U.S. President Donald Trump told members of his New Jersey golf club that he spent so much time away from Washington because the White House was a "real dump," has sparked outrage on social media.

Trump's much-debated remark was published in an article by Sports Illustrated magazine, which focused on the president's latest trip to the Bedminster golf club.

According to the article, Trump responded to a question from fellow members as to why he spent so much time at his golf resorts, simply saying, "The White House is a real dump."

"If Trump truly thinks the White House is a 'dump,' many of us would chip in to pay for the Uhaul to take him back to Trump Tower," Begala tweeted Wednesday.

Rhodes, who previously served as former U.S. President Barack Obama's foreign policy speechwriter, underlined that the White House "is a beautiful and living monument to American democracy," saying he "was honored every day I set foot in it."

Trump himself also took to Twitter Wednesday night to deny he made the remark. "I love the White House, one of the most beautiful buildings (homes) I have ever seen," he tweeted. "But Fake News said I called it a dump - TOTALLY UNTRUE."

Trump has spent nearly every weekend of his presidency visiting various properties he owns and leases, including Bedminster. He is expected to leave Friday on his first extended vacation from Washington since the inauguration — a 17-day getaway to the Bedminster club.