Trump going on a 17-day 'working vacation' at golf club 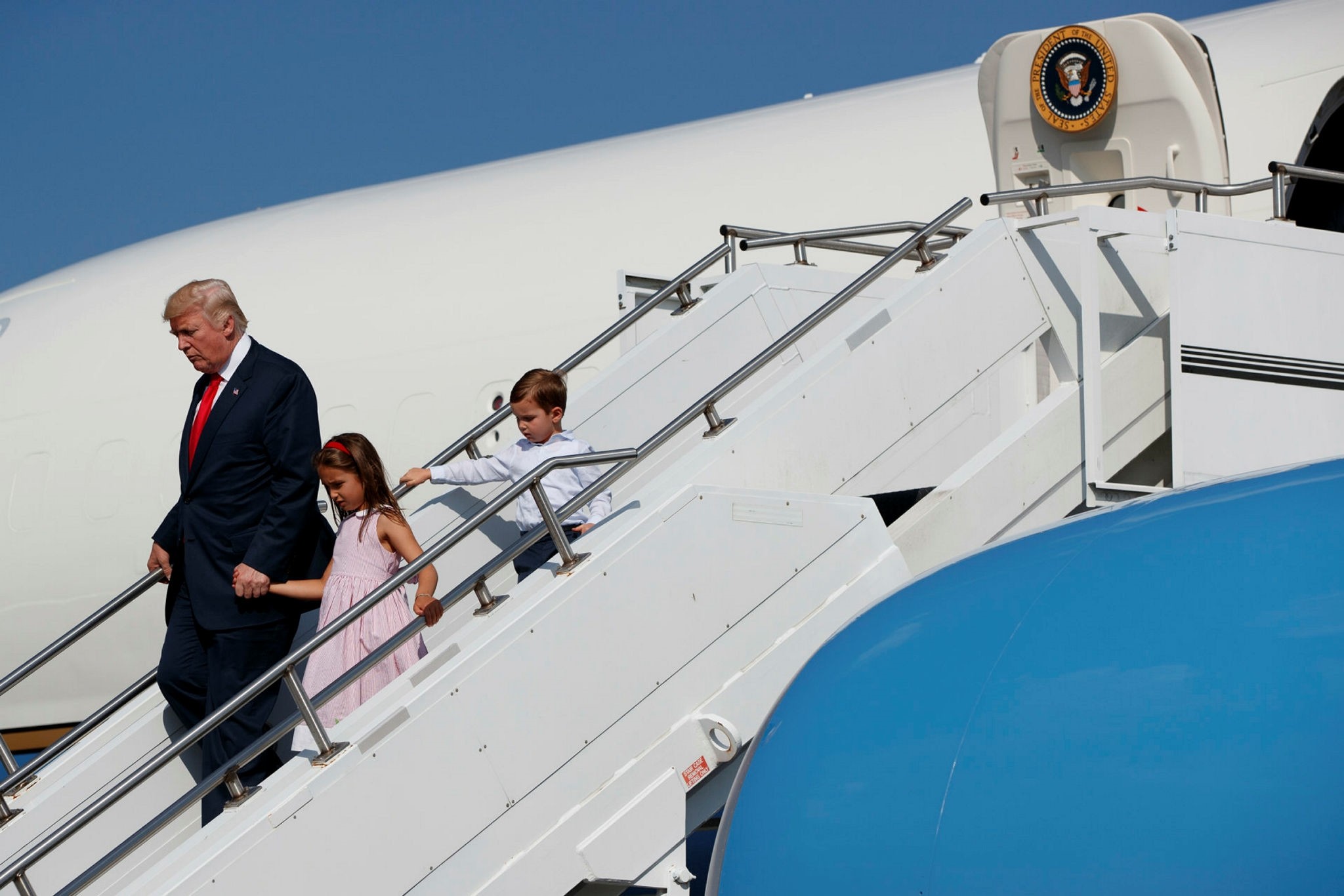 Taking a break from the capital and a rocky first six months in office, President Donald Trump spent the first full day of his "working vacation" quietly on Saturday.

Burdened with West Wing conflict, a stalled legislative agenda and a pile of investigations, Trump departed Washington on Friday afternoon for a 17-day trip to his private golf club in central New Jersey. He was accompanied by his daughter Ivanka Trump and son-in-law Jared Kushner, both senior advisers, as well as the aide charged with resetting his chaotic administration— new chief of staff John Kelly.

A White House official said Trump's plans for Bedminster included meetings with aides and lawmakers. He was briefed by Kelly about the three U.S. Marines who were missing after their Osprey aircraft crashed into the sea off the east coast of Australia on Saturday while trying to land.

The White House did not answer questions about whether Trump was golfing on a day that started out overcast, but grew sunny in the afternoon.

Typically an enthusiastic social media presence, Trump was relatively quiet on Twitter Saturday. Around midday, he tweeted: "Prosperity is coming back to our shores because we are putting America WORKERS and FAMILIES first."

Kelly's first week on the job was marked by his efforts to crack down on a disorderly system. He quickly made his presence known on Monday, ousting newly appointed communications director Anthony Scaramucci and revising the command structure so that all senior staffers report to him.

Still, it is not clear Trump will change his Twitter ways. On Tuesday he tweeted that "only the Fake News Media and Trump enemies want me to stop using Social Media."

Before he took office, Trump was a frequent critic of former President Barack Obama's vacation and golf habits.

So far, Trump has spent 13 of 28 weekends in office away from the White House, mostly at his properties in Palm Beach, Florida, or in Bedminster, New Jersey, according to an Associated Press count. The figures include a weekend during official travel overseas, and Father's Day weekend at Camp David, the government-owned presidential retreat in Maryland.

Trump also frequently plays golf at his properties, though the White House typically will not acknowledge that he plays.

In addition to a break from Washington, the vacation may also have a practical reason. Everyone working in the White House West Wing had to relocate so the government could replace a 27-year-old heating and cooling system.