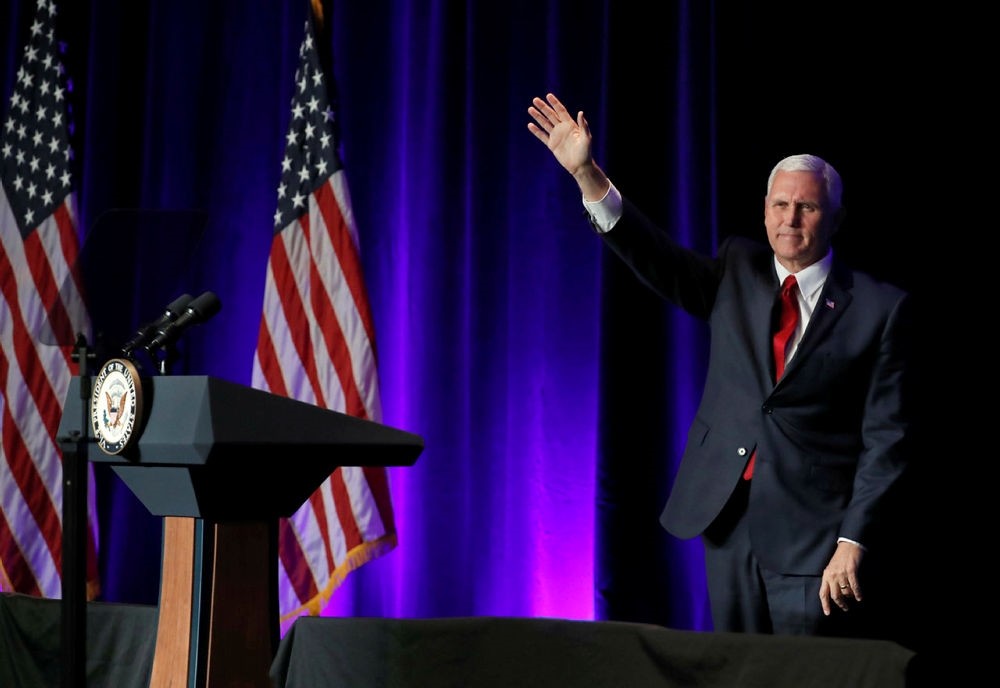 US Vice President Mike Pence called reports that he is eyeing the Republican candidacy for the 2020 presidential race "laughable and absurd" Sunday.

Pence decried as "fake news" reports that he is laying the foundations to replace President Donald Trump as the Republican candidate in the next election.

By creating his own political fundraising committee and an independent power base, Pence is flouting political convention and poising himself as Trump's heir apparent, the report from the New York Times says.

Trump has given no indication that he doesn't plan to run for a second term, but multiple advisers to Pence have already intimated to party donors that he would plan to run if Trump did not, the article continues.

In a statement issued Sunday, Pence called the article "categorically false" and "disgraceful and offensive to me, my family, and our entire team."

"The American people know that I could not be more honoured to be working side by side with a president who is making America great again.

"Whatever fake news may come our way, my entire team will continue to focus all our efforts to advance the President's agenda and see him re-elected in 2020. Any suggestion otherwise is both laughable and absurd."

Trump's unorthodox route to the White House has paved the way for his contemporaries to discard traditions that dictate intra-party politics, the report adds.