'Terrorist attack' at military base in Venezuela taken under control 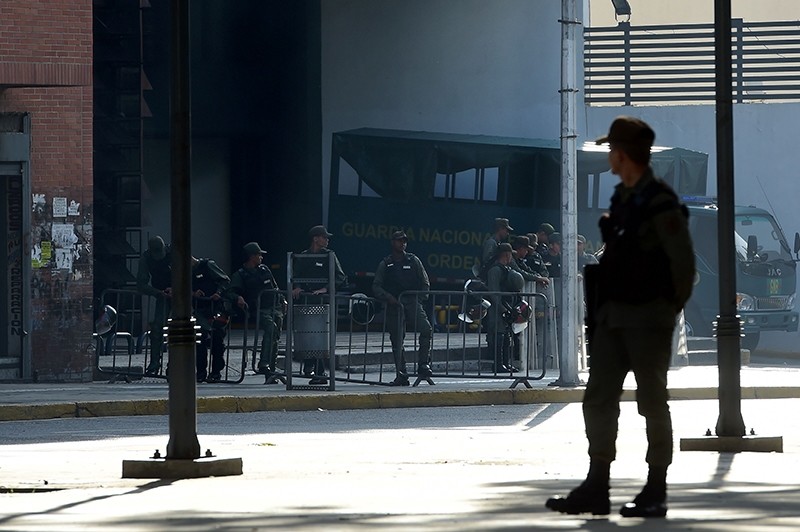 Members of the National Guard are seen outside the Public Prosecutor's office in Caracas on August 5, 2017 (AFP Photo)
by Compiled from Wire Services
Aug 06, 2017 12:00 am
Venezuela official says there has been a "terrorist attack" at a military base and several arrests have been made.

Venezuela's Socialist Party deputy Diosdado Cabello said Sunday that an "irregular situation" he had earlier qualified as a "terrorist attack" in the city of Valencia had been controlled.

Earlier on Sunday, an online video showed a group of men in military uniforms saying they were launching an uprising against unpopular leftist President Nicolas Maduro. Witnesses said they heard gunshots through the night.