US highway shut down after truck spills pizza in accident 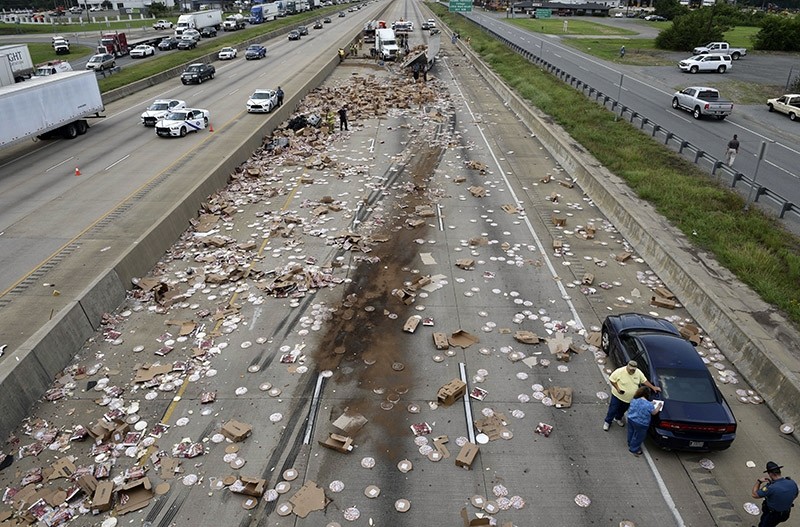 This Wednesday, Aug. 9, 2017, photo provided by the Arkansas Department of Transportation shows Arkansas highway Interstate 30, a cross-country route that was shut down in both directions for a time Wednesday (AP Photo)
by Associated Press
Aug 10, 2017 12:00 am

Arkansas highway officials shut down westbound lanes of a cross-country interstate for four hours so crews could pick up pizza.

An 18-wheeler containing DiGiorno and Tombstone frozen pizzas scraped a bridge support and sliced open its trailer Wednesday, spilling the pies across Interstate 30 in front of the Arkansas Department of Transportation office just south of Little Rock.

Agency spokesman Danny Straessle said the bridge suffered only cosmetic damage. He says "there were some people shaken up" but that no one was hurt.

The westbound section of I-30 was closed for four hours and was closed eastbound for an hour too while crews cleared away the mess.

Straessle says the pizza sauce, the cheese and pepperoni, plus some spilled diesel left a "slippery spot."