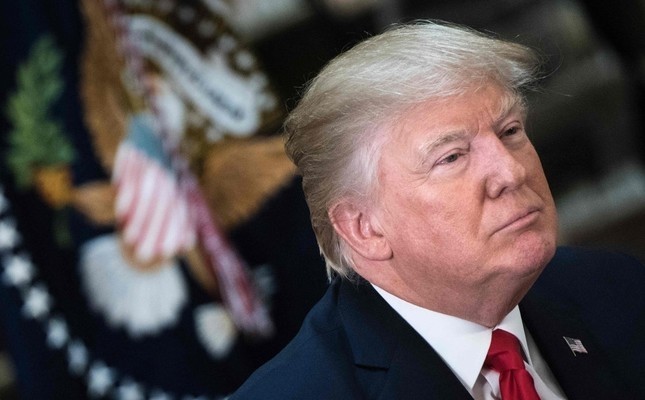 U.S. President Donald Trump waits for a meeting with CEOs in the Eisenhower Executive Office Building at the White House, April 11, Washington, DC. (AFP Photo)
by Compiled from Wire Services Aug 12, 2017 12:00 am

President Donald Trump said Friday that he was considering options involving the U.S. military as a response to the escalating political crisis in Venezuela.

"We have many options for Venezuela, including a possible military option if necessary," Trump told reporters in New Jersey.

"We have troops all over the world in places that are very far away. Venezuela is not very far away and the people are suffering and they're dying."

Trump has been blasting Maduro's moves to consolidate power, describing him as a "dictator."

The Trump administration has issued a series of sanctions against Maduro and more than two dozen current and former Venezuelan officials.

But a military intervention would be an extraordinary escalation in response.