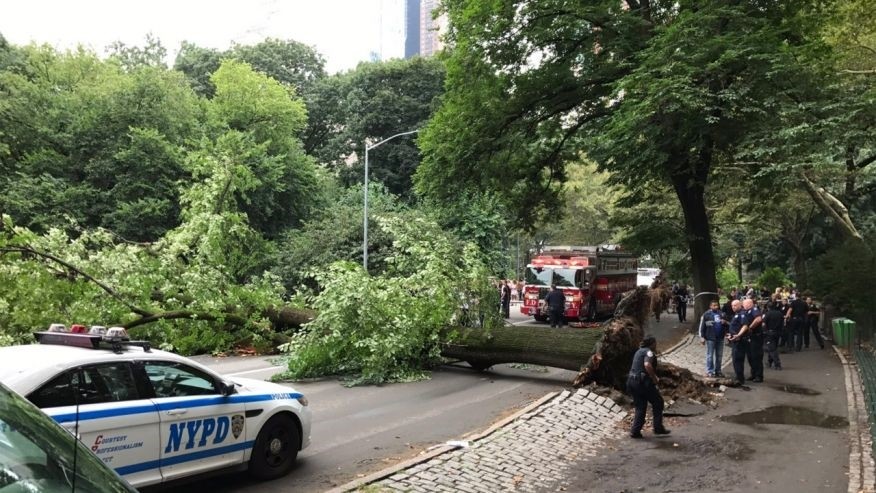 Authorities say a large tree fell in Central Park, injuring a woman and three children and sending them to a New York City hospital.

Witnesses say they heard a cracking sound and the tree crashed seconds later. They say the woman briefly lost consciousness. She had two children in a stroller and one in a carrier.

Online images show the uprooted tree on the ground, blocking the road.

The crash happened the same day that a tree fell during a popular religious festival in Portugal, killing 12 people.