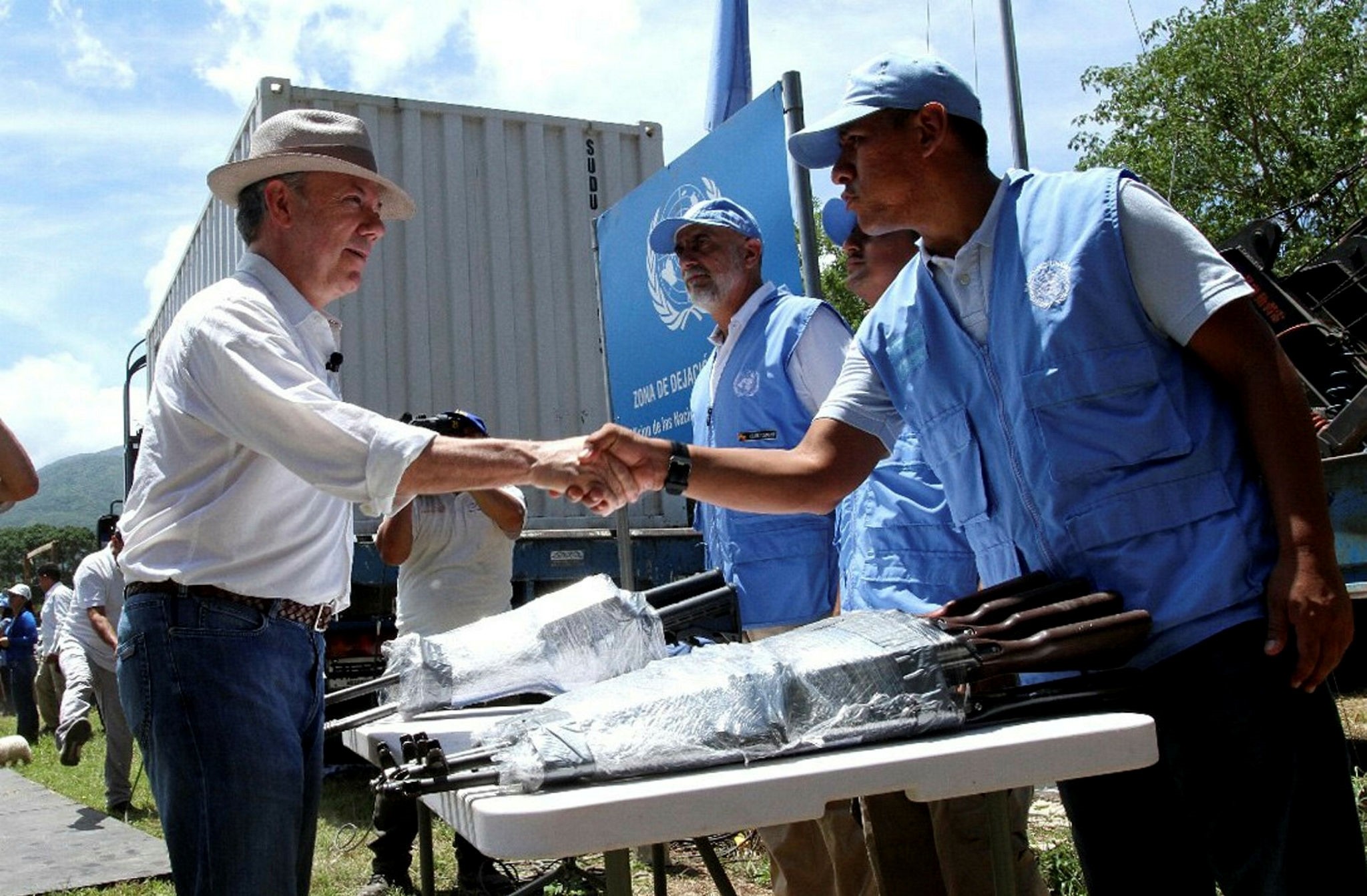 A handout photo made available by the Colombian Presidency shows President of Colombia, Juan Manuel Santos (L), greeting members of the United Nations Mission in Colombia, in Pondores, Colombia, 15 August 2017. (EPA Photo)
by Aug 15, 2017 12:00 am

Colombia declared its conflict with The Revolutionary Armed Force of Colombia (FARC) officially over Tuesday, as the rebel group handed over the last of its weapons.

The leftist FARC, Colombia's largest rebel group, gave the last two containers of weapons and explosives to the United Nations, marking the official end of a conflict that has spanned more than 50 years.

Colombian President Juan Manuel Santos called it "an historic day for the country" at a ceremony to mark the occasion in Fonseca, on the eastern border with Venezuela.

"Now we can develop parts of the country we were never able to develop before," Santos said.

The government lost access to many of the country's regions as a result of the ongoing conflict, which began in 1964, and were unable to control a growing drug trade.

The weapons will be melted down and recast as peace memorials to be displayed in Colombia; at UN headquarters in New York; and in Havana, where the peace talks took place over almost four years.

A total of 8,112 guns and 1.3 million cartridges were collected by the UN, according to Jean Arnault, the head of the mission in the country.

The FARC signed a ceasefire deal with the government in June 2016, after more than 50 years of fighting.

Around 220,000 people lost their lives in the conflict.