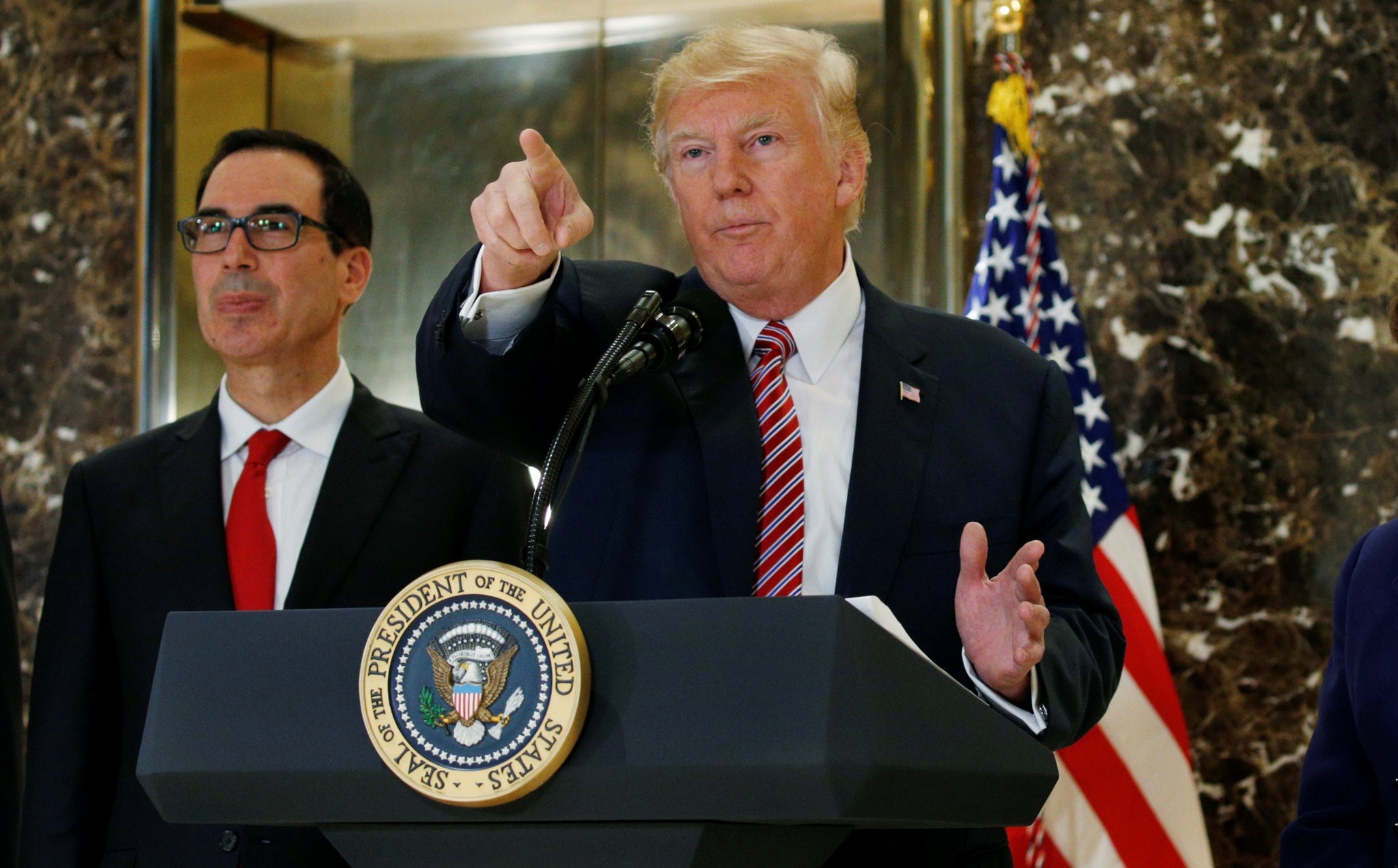 Trump answers questions about his response to the events in Charlottesville as he talks to the media in the lobby of Trump Tower in Manhattan, August 15, 2017. (REUTERS Photo)
by Aug 15, 2017 12:00 am

U.S. President Donald Trump angrily lashed out Tuesday at questions about his response to the violent white supremacist rally in Charlottesville that ended in bloodshed, saying there was "blame on both sides."

Trump has faced days of criticism over his first comments after Saturday's unrest in Charlottesville, when a rally by neo-Nazis and white supremacists over the removal of a Confederate statue erupted in clashes with counter-demonstrators.

A suspected Nazi sympathizer then plowed his car into a crowd of anti-racism protesters, leaving one woman dead and 19 others injured. The driver, James Fields, has been charged with second-degree murder.

At first, on Saturday, Trump only said there were violence "on many sides," prompting a backlash. On Monday, he singled out the Ku Klux Klan and neo-Nazis as "criminals and thugs."

But on Tuesday, he was visibly annoyed with continued questioning about the issue.

"I think there is blame on both sides," Trump said in a rowdy exchange with reporters at Trump Tower in New York, where he was presenting infrastructure measures.

"What about the alt-left that came charging at, as you say, at the alt-right? (...) There are two sides to a story."

When asked why he waited until Monday to explicitly condemn hate groups present in Charlottesville, Trump said he wanted to be careful not to make a "quick statement" without all the facts.

"If the press were not fake and if it was honest, the press would have said what I said was very nice," the president added.

He called Fields a "disgrace to himself, his family and this country."

The president also defended his controversial far-right chief strategist Steve Bannon, saying: "I like Mr Bannon. He's a friend of mine... He is a good man. He is not a racist."