Confederate monuments removed in Baltimore amid US tensions 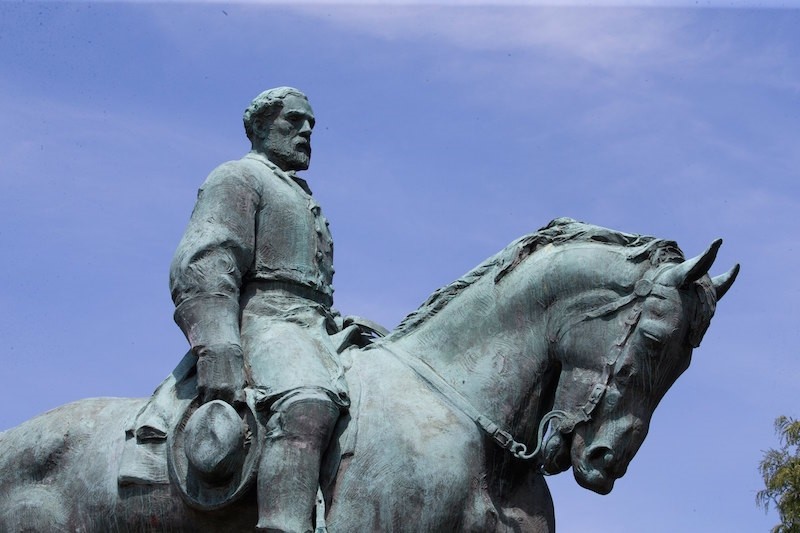 Baltimore workers removed four monuments to the pro-slavery Civil War Confederacy before dawn on Wednesday as city leaders sought to avoid protests like the one organized by white nationalists that turned deadly in Charlottesville, Virginia.

The statues, including one of General Robert E. Lee and another of General Thomas "Stonewall" Jackson, were taken off their bases in Wyman Park Dell, beside the Baltimore Museum of Art, and carried away on a flatbed truck.

Baltimore Mayor Catherine Pugh said she and the city council decided to remove the monuments "quickly and quietly."

"I think any city that has Confederate statues (is) concerned about violence occurring," she told a news conference. "This is not something that is needed."

In a resolution calling for removal of the statues, City Councilman Brandon Scott said immediate action was needed following the "domestic terrorism" carried out on Saturday by white supremacists in Charlottesville.

A 32-year-old woman was killed and 19 people were injured in the Virginia college town when an Ohio man crashed a car into anti-racist protesters.

Following the violence, calls increased for removal of Confederate memorials, flags and other symbols from public places around the United States.

Maryland was a slaveholding state during the Civil War.

In Los Angeles on Wednesday, the United Daughters of the Confederacy asked the Hollywood Forever Cemetery to remove a monument that since 1925 honored Confederate veterans. Cemetery spokesman Theodore Hovey said the organization made the request after hundreds of people demanded it be taken away.

"I think the owner's main concern was for the monument's well-being in light of the current atmosphere, and we were concerned about maintaining the tranquility and peace of the cemetery," Hovey said, adding that the United Daughters would decide a new location for the statue.

In Birmingham, Alabama's largest city, Mayor William Bell ordered workers on Tuesday to obscure a Confederate monument in a city park using wooden boards, local media said. A state law passed in May banned local governments from moving monuments that have been on public property for more than 40 years.

In New York, Governor Andrew Cuomo wrote to the U.S. Army urging it to remove the names of Jackson and Lee from streets on Fort Hamilton Army Base in Brooklyn.

Cuomo said the Charlottesville violence and the tactics of white supremacists "are a poison in our national discourse, and every effort must be made to combat them."