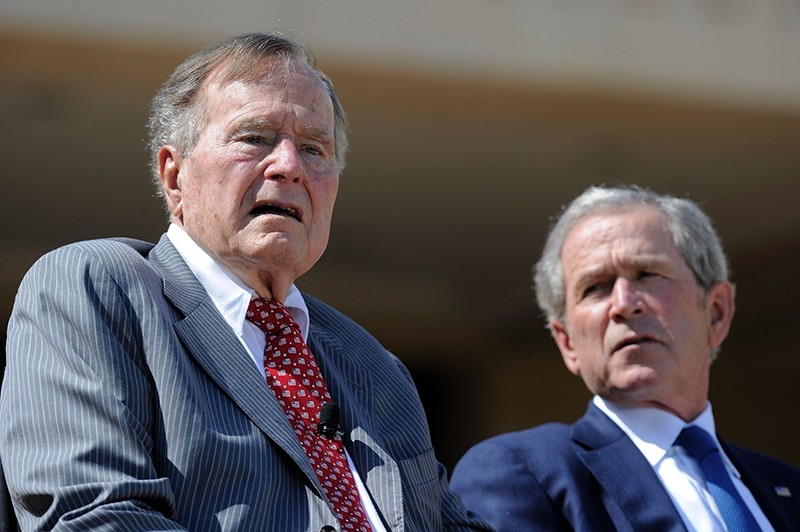 Trump sparked a political firestorm on Tuesday when he said counter-protesters appeared to be equally to blame for violence over the weekend at a white nationalist rally in Charlottesville, Virginia.

In a statement issued from Kennebunkport, Maine, where they have a family home, the father-son former presidents said "America must always reject racial bigotry, anti-Semitism, and hatred in all forms."

They made reference to Thomas Jefferson, the author of the Declaration of Independence whose main home, Monticello, is in Charlottesville.

"As we pray for Charlottesville, we are reminded of the fundamental truths recorded by that city's most prominent citizen in the Declaration of Independence: we are all created equal and endowed by our Creator with unalienable rights," they said.

"We know these truths to be everlasting because we have seen the decency and greatness of our country."

The joint statement did not mention Trump by name.

A woman was killed and 19 other people injured in Charlottesville on Saturday when a suspected white supremacist drove his car into a group of counter-protesters.

Trump, in his remarks on Tuesday, appeared to put the white nationalists and counter-demonstrators on equal moral ground.

His remarks have drawn widespread criticism including from members of his Republican Party.