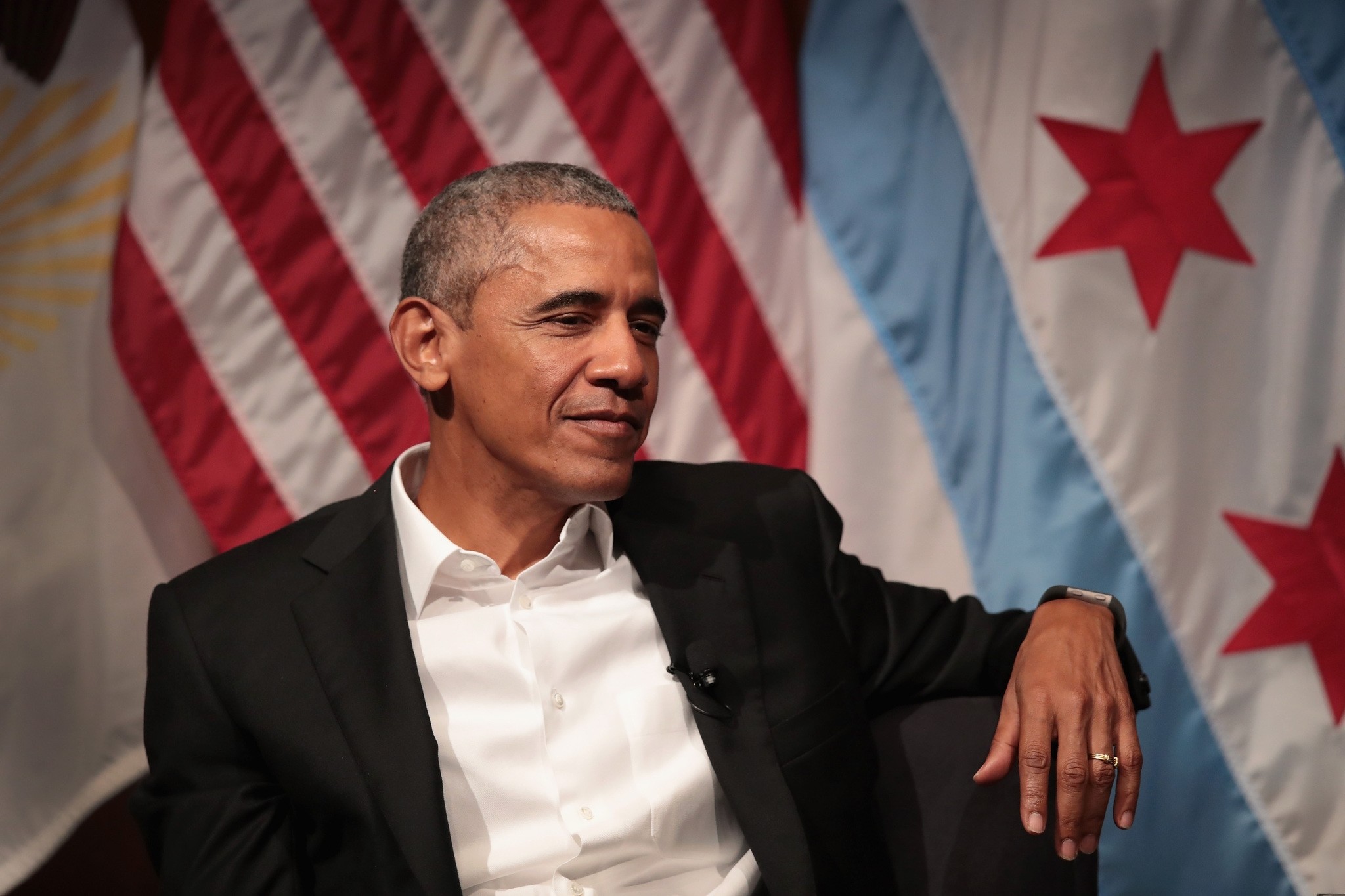 This file photo taken on April 23, 2017 shows former President Obama visiting with youth leaders at the University of Chicago to help promote community organizing in Chicago. (AFP Photo)
by Aug 16, 2017 12:00 am

A tweet by former president Barack Obama about the violence in Charlottesville has become the most liked message in the history of Twitter, the company said Wednesday.

"No one is born hating another person because of the color of his skin or his background or his religion," Obama tweeted on Sunday, following deadly clashes in the Virginia city between neo-Nazi sympathizers and counter-protesters.

"No one is born hating another person because of the color of his skin or his background or his religion..." pic.twitter.com/InZ58zkoAm

The 44th U.S. president has not spoken out on the violence except via quotes from Mandela, the South African anti-apartheid icon who died in 2013.

A picture accompanying the tweet shows four babies -- including a black baby girl and a blonde baby boy -- in an open window as the ex-U.S. president looks in.

Two other Obama tweets without pictures had more than one million likes.

"People must learn to hate, and if they can learn to hate, they can be taught to love... For love comes more naturally to the human heart than its opposite. - Nelson Mandela," Obama wrote in two tweets, also on Sunday.

A rally Saturday by neo-Nazis and white supremacists over the removal of a Confederate statue in Charlottesville erupted in clashes with counter-demonstrators.

The fracas ended in bloodshed when a 20-year-old suspected Nazi sympathizer plowed his car into a crowd of anti-racism protesters, leaving one woman dead and 19 others injured.

On Tuesday President Donald Trump doubled down on his initial response to the white supremacist rally, saying there was "blame on both sides."

The Republican president -- who one day earlier denounced racism and singled out the Ku Klux Klan and neo-Nazis as "criminals and thugs" -- also hit out at what he called the "alt-left" over the weekend melee.

Trump has faced days of criticism from across the political spectrum over his reaction to Saturday's unrest in the Virginia college town.