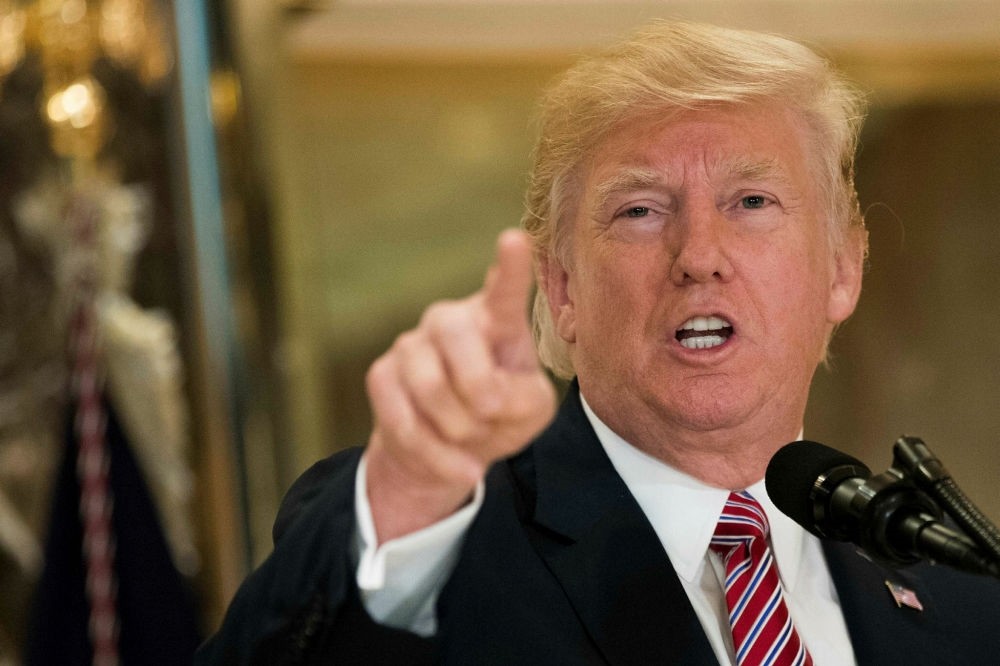 U.S. President Donald Trump inflamed tensions over Charlottesville violence by insisting that counter-protesters were also to blame, drawing condemnation from some Republican leaders and praise from white far-right groups

U.S. President Donald Trump insisted on Tuesday that both left- and right-wing extremists had become violent during a weekend rally by white nationalists in Virginia, reigniting a political firestorm over race relations in the United States and his own leadership of a national crisis.

In a combative news conference, Trump backed off from his Monday statements explicitly denouncing the Ku Klux Klan, neo-Nazis and white supremacists for the violence that erupted at a "Unite the Right" rally in Charlottesville, and reverted to his weekend contention that "many sides" were to blame.

Trump later said, "I think there is blame on both sides and I have no doubt about it," adding that there were "very fine people" on both sides.

Trump's remarks drew swift criticism from many Republican leaders. "No, not the same," former Massachusetts governor and Republican presidential candidate Mitt Romney wrote on Twitter. "One side is racist, bigoted, Nazi. The other opposes racism and bigotry. Morally different universes."

U.S. Senator Marco Rubio of Florida, who vied with Trump for the Republican presidential nomination, also responded in a series of Twitter posts.

"The organizers of events which inspired and led to #charlottesvilleterroristattack are 100 percent to blame for a number of reasons," Rubio began.

However, Trump's remarks were welcomed by former Ku Klux Klan leader David Duke, who tweeted: "Thank you President Trump for your honesty & courage to tell the truth." Richard Spencer, the head of a white nationalist group, wrote on Twitter that he was "proud of him for speaking the truth."

Some of the president's comments Tuesday mirrored rhetoric from the far-right fringe. A post Monday by the publisher of The Daily Stormer, a notorious neo-Nazi website, predicted that protesters are going to demand that the Washington Monument be torn down.

Trump's handling of the weekend violence has raised new and troubling questions, even among some supporters. Members of his own Republican Party have pressured him to be more vigorous in criticizing bigoted groups, and business leaders have begun abandoning a White House jobs panel in response to his comments.

United Nations human rights experts called on the United States on Wednesday to combat rising racist violence and xenophobia and to prosecute perpetrators of hate crimes. "We are outraged by the violence in Charlottesville and the racial hatred displayed by right-wing extremists, white supremacists and neo-Nazi groups," the independent U.N. experts said in a joint statement issued in Geneva.

The events in Virginia were the "latest examples" of increasing racism, racial discrimination, Afrophobia, racist violence and xenophobia "observed in demonstrations across the USA", the U.N. experts said. Recent incidents in California, Oregon, New Orleans and Kentucky had demonstrated "the geographical spread of the problem", they added. The statement was issued by Sabelo Gumedze, chair of the U.N. working group of experts on people of African descent, Mutuma Ruteere, U.N. special rapporteur on contemporary forms of racism, and Anastasia Crickley, chair of the U.N. Committee on the Elimination of Racial Discrimination.