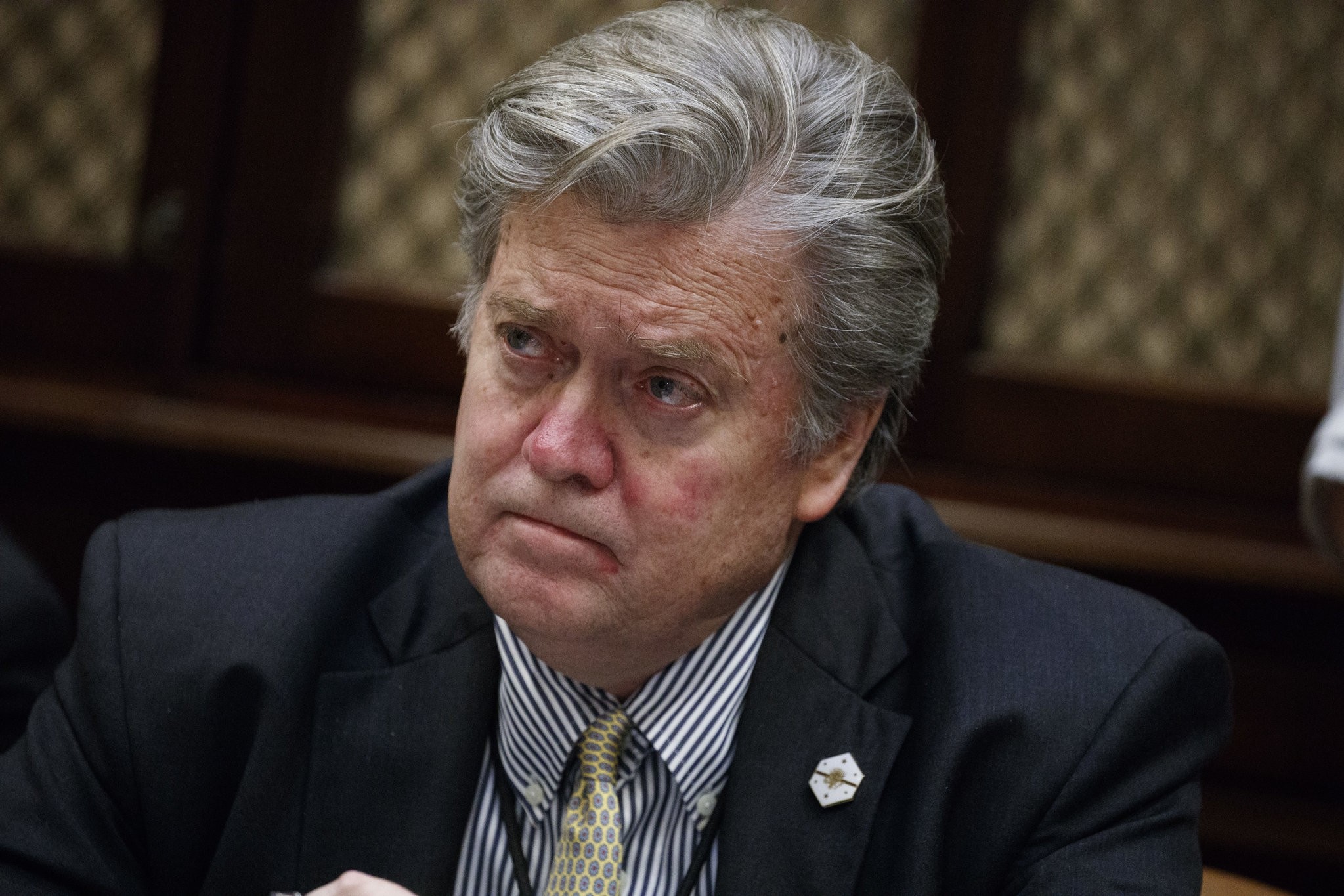 In this Feb. 7, 2017 file photo, White House chief strategist Steve Bannon is seen in the Roosevelt Room of the White House in Washington. (AP Photo)
by Compiled from Wire Services Aug 18, 2017 12:00 am

Steve Bannon reached a mutual agreement with Trump's chief of staff, Gen. John Kelly, to end his tenure, a spokeswoman for the president's office said Friday.

"We are grateful for his service and wish him the best," Sarah Huckabee Sanders said in a statement.

Later in the day, Breitbart News announced that Bannon had returned to the website after leaving his position as Trump's chief strategist.

The conservative news site said he led an editorial meeting on Friday evening.

Bannon left Breitbart just a little over a year ago to join Trump's presidential campaign.

Bannon, a prominent figure in the self-described "alt-right" movement, has been a focal point of controversy after helming Breitbart News -- the movement's premier news outlet.

During a news conference at Trump Tower earlier this week, Trump appeared unsure about Bannon's future -- an apparent foreshadowing of Friday's announcement.

The right-wing nationalist is the latest senior official to depart the White House after Kelly was named chief of staff last month.

Kelly has been engaged in a review of West Wing personnel, and Bannon has reportedly been a major focus of the effort.

Throughout his time in office, Bannon has pushed a far-right agenda, urging Trump to pull the U.S. out of the Paris Climate Agreement and institute a promised travel ban that many have criticized as a measure targeting Muslims.

He played a major role in getting Trump to the White House during the presidential campaign, helping to mobilize the niche far-right behind the business tycoon.

But Bannon damaged his standing by giving an interview to the liberal American Prospect this week in which he was seen to be undercutting Trump's position on North Korea.

Trump has come under fire from Republicans and Democrats alike for insisting anti-racism protesters were equally to blame for violence at a weekend rally staged by neo-Nazis and white supremacists in Charlottesville, Virginia.

Bannon, the former head of ultra conservative outlet Breitbart News, is described as being the nucleus of one of several competing power centers in what has been a chaotic White House.

His critics have often labelled him a white supremacist.