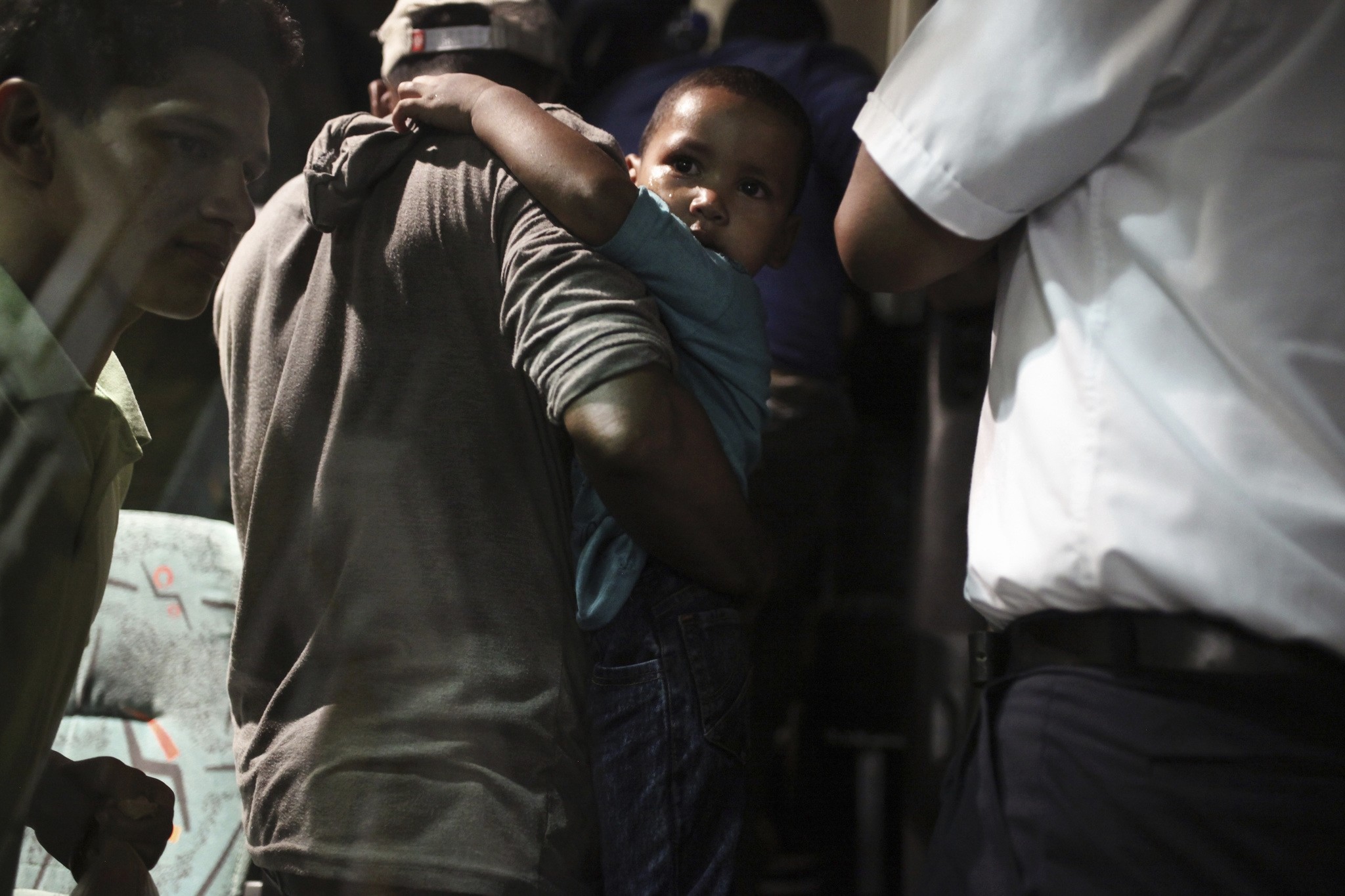 Police in the eastern Mexican state of Veracruz have rescued 115 migrants, including 41 minors, traveling in "in deplorable conditions" in a truck, a state official said on Sunday.

The migrants were found at Playa Munecos in Veracruz, said the official, who was not authorized to speak publicly.

There were 55 men, 19 women, 23 boys and 18 girls. The two people driving the truck were arrested, the official said.

In July, eight migrants were found dead inside a suspicious tractor trailer in a Walmart parking lot in San Antonio in Texas. At least 100 illegal immigrants were packed in the sweltering tractor-trailer and two more died later. The driver was indicted this month.

The number of Central American migrants arrested at the southern U.S. border has fallen sharply since President Donald Trump took office in January.

Migrants have increasingly sought to travel through Mexico in large groups in trucks, in order to avoid Mexican immigration authorities who stepped up efforts to stem the migrant flow after a rise in child migrants in 2014.