Trump failed to trademark ‘You’re Fired!’ in 2004, but it still followed him into White House 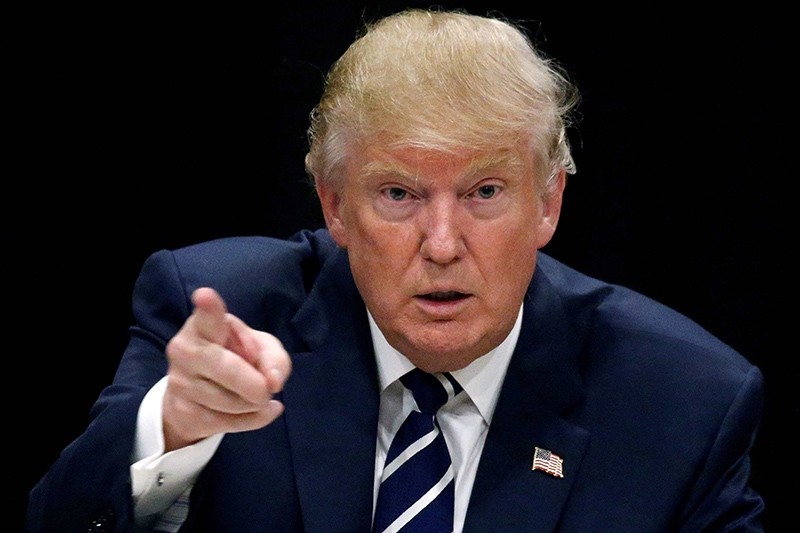 As Donald Trump fired the controversial chief strategist Steve Bannon on Friday, the U.S. President's times as the host of The Apprentice reality show have been recalled once again.

Trump's signature 'You're fired!' phrase has gained widespread fame among TV fans and beyond. A little known fact about the catchphrase is that Trump tried to trademark it back in 2004, but his move was turned down by the attorneys for the U.S. Patent and Trademark Office. The famous 'You're Fired!' phrase was not copyrightable because U.S. copyright law explicitly prohibits copyright protections for short phrases or sayings.

However, considering the series of firings and resignations from the current U.S. administration, Trump might not need to trademark the catchphrase to "own" it. Since the inauguration day Jan. 20, the White House has seen a number of high-profile positions being emptied.

Ten days into office Trump fired the acting Attorney-General Sally Yates, who was nominated by former President Barack Obama, after she refused to back the president's so-called "Muslim ban."

Over the course of the next two weeks, General Michael Flynn resigned, after it was discovered that he repeatedly lied to Vice President Mike Pence about meeting the Russian ambassador. Trump steadfastly defended his national security adviser, even though Flynn had been fired by former President Obama from his job as defense intelligence chief and was deeply mistrusted among the intelligence community. Flynn's time as national security adviser lasted only 22 days, as he was forced out on Feb. 13 amid top-level concerns that he could have compromised national security due to the false statements he made regarding his contact with Russian officials.

On May 9, a firing that drew the most criticism and controversy took place as Trump sacked the Federal Bureau of Investigation (FBI) Director James Comey, who at the time was overseeing the investigation into possible collusion between the Russian government and the Trump campaign.

White House Communications Director Mike Dubke resigned after three months on the job, and Anthony Scaramucci, also known as 'The Mooch' was hired to replace him, but was fired after spending less than 10 days in the White House. Meanwhile, press secretary Sean Spicer left as Scaramucci's hiring was announced.

Around the same time, chief of staff Reince Priebus was replaced with John Kelly, who runs the Department of Homeland Security. Kelly reportedly requested to fire Scaramucci on his first day.

The former chairman of the Republican National Committee was supposed to manage the White House and control the door to Trump's office. However, he could not manage the president himself and thus failed in any and all attempts to quell the chaos swirling in the West Wing. A close ally of Spicer, Priebus took a hard fall when Trump named Scaramucci as the new communications director. Scaramucci publicly described Priebus as a "paranoid schizophrenic" and when Trump let that statement stand, rather than defend Priebus, he took the exit door after 189 days in office, on July 31.

Steve Bannon was the latest high-profile official in the White House who heard Trump's 'You're Fired.'

The firing spree shows no signs of stopping for President Trump as many expect further changes in what is seen as chaotic White House with some bookmakers even taking bets on who would be fired next, even including Trump's wife Melania and daughter Ivanka.