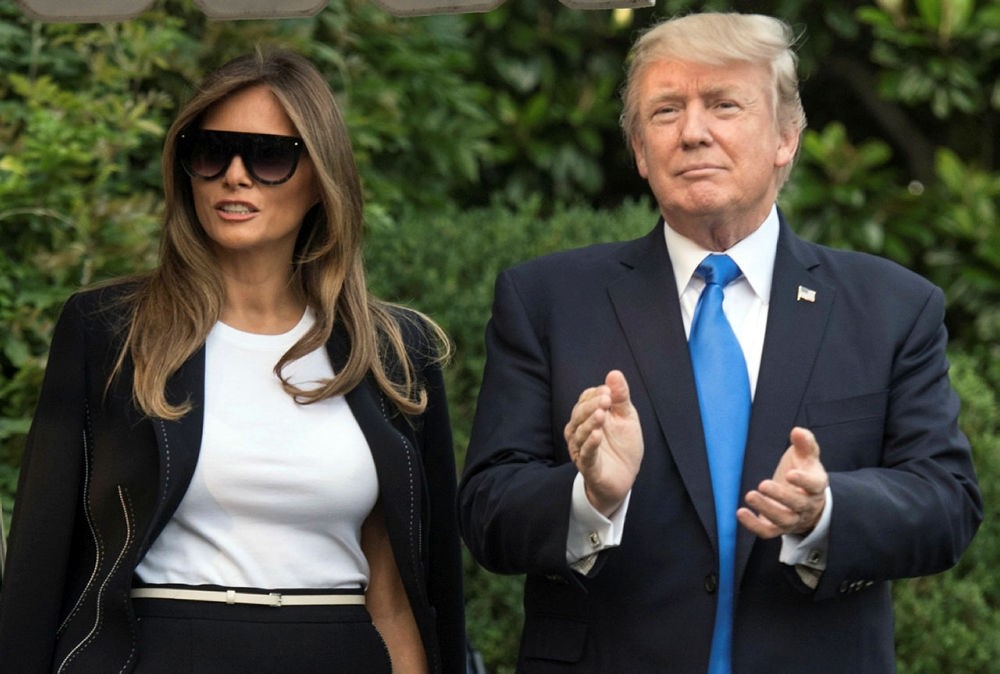 Donald and Melania Trump will skip one of America's top art awards, the Kennedy Center Honors, the White House announced Saturday in the latest sign of the president's growing isolation after one of the most disastrous weeks of his young administration.

The decision -- which came after several honorees said they would boycott a White House reception for the awards -- was intended to allow the events to go ahead without "political distraction," Trump's spokeswoman said.

But the decision came at a moment of extreme political discord, as the US president faced a torrent of criticism over his reaction to the violent protests last week in Virginia, and as white nationalists gathered Saturday for a new "free speech" rally in Boston.

The exceptionally turbulent week was capped by Trump's firing Friday of top strategist Steve Bannon, a man known as a political scrapper closely associated with the white nationalism of the "alt-right" movement.

In sharp contrast, the annual Kennedy Center honors ceremony is a posh and generally non-political affair -- a highlight of the Washington social year, with tuxedo- and gown-wearing guests feting icons of American culture -- and with the president and First Lady, in prominent balcony seats, nearly always a focus of attention.

That made the Trumps' decision all the more surprising, if not unprecedented. The president also stayed away from the annual White House correspondents' dinner in April, with then-press secretary Sean Spicer citing the president's strained relations with the press.

On Saturday, Kennedy Center President David Rubenstein and President Deborah Rutter said they were "grateful for this gesture" by the Trumps, adding in a statement: "The administration has graciously signaled its respect for the Kennedy Center and ensures the Honors gala remains a deservingly special moment for the honorees."

Some of the honorees have been sharply critical of Trump, particularly after he said Tuesday that "both sides" were to blame for the violence in Charlottesville, Virginia during a rally by neo-Nazis and white supremacists -- a stance that has sent business leaders and political allies of the president scurrying for cover.

White nationalists and neo-Nazi groups were said to have been energized by the violent protest in Charlottesville -- and by what they considered Trump's supportive response -- but their turnout in politically liberal Boston was far smaller than it had been in Virginia, and the rally ended early.

Despite a number of scuffles and several arrests, there were no immediate reports of serious violence.

He angered many in the art world when he pushed for the complete end of federal support for public broadcasting and the National Endowment for the Arts in his budget outline in March.

Some of this year's Kennedy Center honorees have made clear their disapproval of the president's stances on the arts, and on the Charlottesville controversy.

Television writer and producer Norman Lear, a 95-year-old World War II veteran whose sitcoms like "The Jeffersons" and "All in the Family" brought social issues into American living rooms, said shortly after being named an honoree that he would not attend the White House reception.

"It is more important now than ever that we stand up for artists, for artistic expression, and for the valiant fight that artists fight," Lear said.

Dancer and choreographer Carmen de Lavallade on Thursday cited "the socially divisive and morally caustic narrative that our existing leadership is choosing to engage in" for declining the invitation to a White House reception.

And singer Lionel Richie -- the pop legend behind hits such as "All Night Long," "Hello" and "Endless Love" -- told NBC this week that he was "not really happy as to what's going on" and was going to "play it by ear."

The December 3 Kennedy awards ceremony will be the 40th -- and the first of the Trump era.