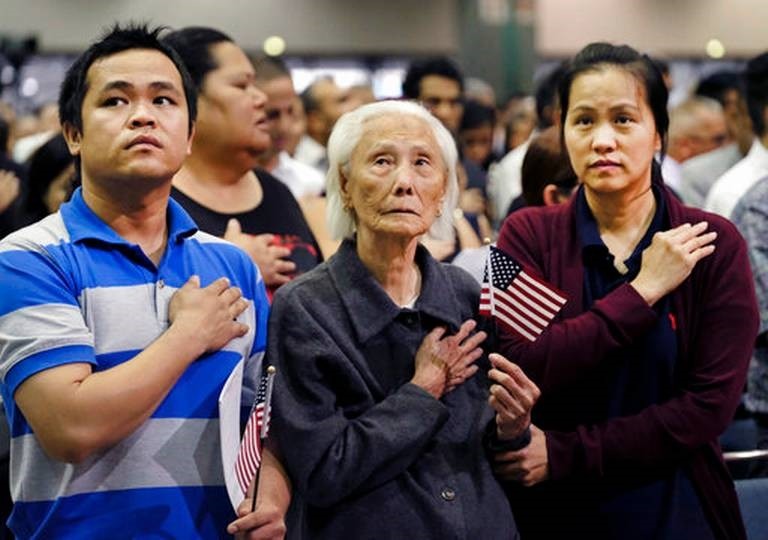 A 103-year-old Cambodian woman, who suffered under the violence of the Khmer Rouge regime in her homeland, has become a citizen of the United States.

Hong Inh came to the U.S. nearly five and a half years ago at the age of 97 to join her daughter and other relatives living in the country.

She took the oath of allegiance and sang the Star-Spangled Banner national anthem along with 10,000 other new citizens during a ceremony held in a Los Angeles convention center.

Another one of Inh's grandchildren, Siv Taing, stated that during the 1970s, her grandmother experienced violence and starvation under the brutal regime of Khmer Rouge. "She suffered a lot in those years. They had nothing to eat," Taing said.

Inh's grandson Kim Ngoun Taing stated that his grandmother always wanted to live in the U.S. "Living in a peaceful country was her dream." he said.

Under the leadership of Pol Pot, Khmer Rouge was established as an armed militia of the Communist Party at the end of the 1960's and coming into full force in 1975 after the Cambodian Civil War. Pol Pot is remembered for being a brutal dictator and for orchestrating the Cambodian Genocide.