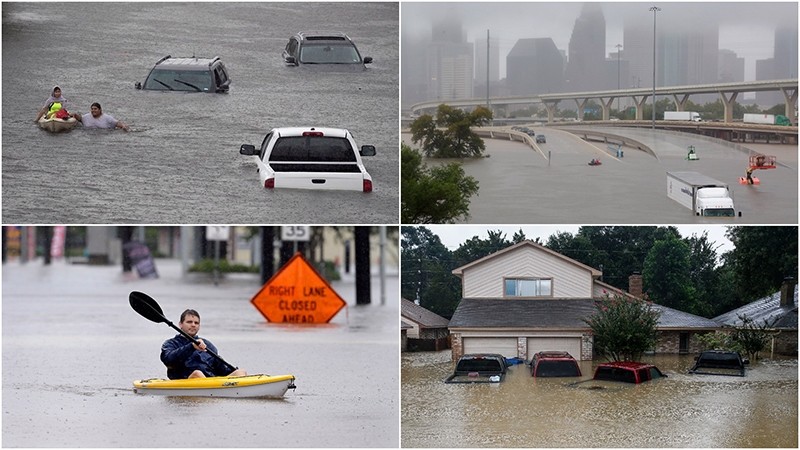 The remnants of Hurricane Harvey sent devastating floods pouring into Houston Sunday as rising water chased thousands of people to rooftops or higher ground.
by reuters
Aug 30, 2017 12:00 am

Tropical Storm Harvey has set a rainfall record for tropical cyclones for the continental United States, with 49.32 inches (125.3 cm) of rain observed at a location southeast of Houston, the National Weather Service said on Tuesday.

The previous record for the lower 48 states was established in 1978 by cyclone Amelia, in Medina, Texas, according to the NWS Houston Twitter account. A NWS advisory released earlier on Tuesday said the record was for Texas.

The record for a cyclone in what is now the entire United States was set in 1950, when Hurricane Hiki dropped 52 inches of rain on Hawaii, a spokeswoman for the National Oceanic and Atmospheric Administration said. Hawaii was a U.S. territory then and became a state in 1959.

The reports are preliminary, it noted.