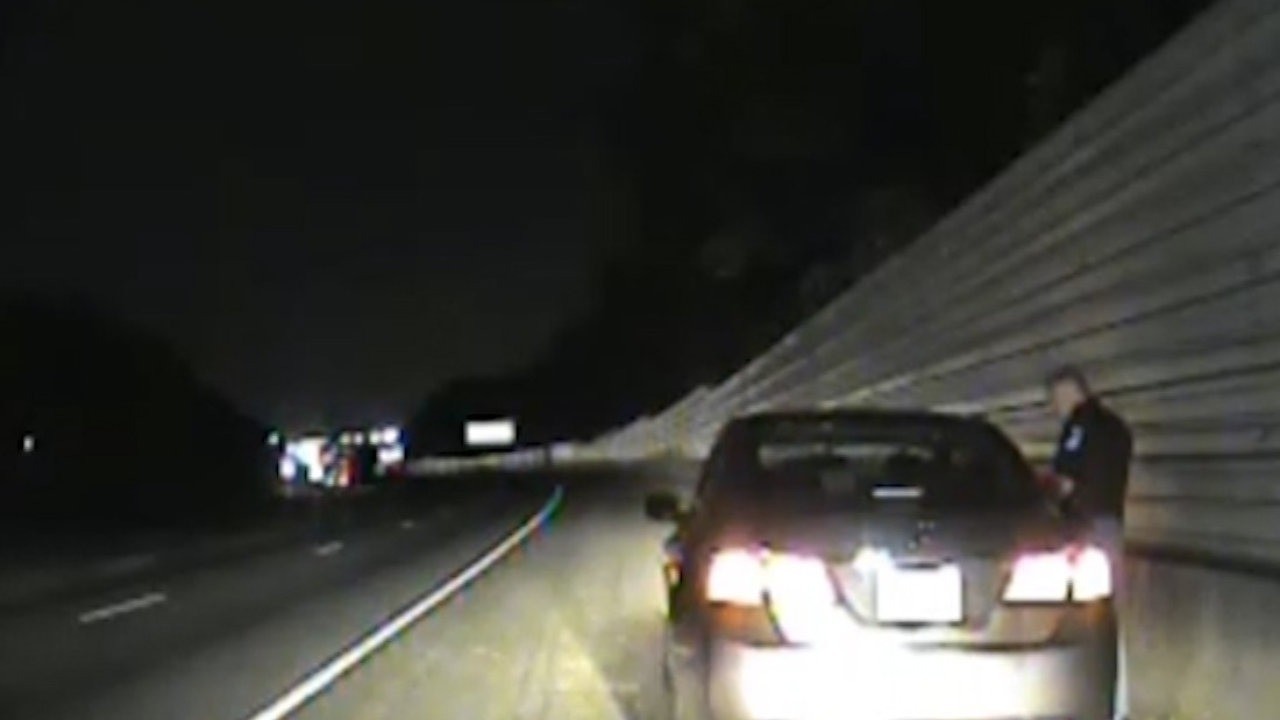 US police officer who was captured on dash-cam video saying 'we only kill black people' loses job https://t.co/VBiiziouma pic.twitter.com/wOUjajcxua

A Georgia police officer who was shown on video telling a woman during a traffic stop not to worry because police "only kill black people" retired on Thursday, his attorney said, after authorities sought the officer's dismissal.

The dash cam video, which was aired by WSB-TV in Atlanta on Wednesday, shows the Cobb County police officer standing by a car pulled over alongside a road last year and instructing the woman in the front passenger seat to use the cellphone in her lap to make a call.

"OK I just don't want to put my hands down," the woman tells the officer, adding that she has seen "way too many videos of cops," before trailing off.

"But you're not black," the officer replies. "Remember, we only shoot black people. Yeah. We only kill black people, right? All the videos you've seen, have you seen the black people get killed?"

Officials have identified the officer as Lieutenant Greg Abbott. The station, which obtained the video through public records laws, broadcast only a short excerpt of a longer encounter.

"This afternoon, after 27 years of faithful service to the citizens of Cobb County, Lt. Greg Abbott made the decision to retire," his attorney, Lance LoRusso, said in an email.

Police Chief Mike Register had told journalists earlier on Thursday that Abbott would be removed from the force, saying "there's really no place for these types of comments in law enforcement."

"I feel that no matter what context you try to take those comments in, the statements were inexcusable and inappropriate."

Suri Chadha Jimenez, a lawyer who represented the car's driver, said the officer responded in an "unprofessional" way to what he saw as the reasonable concern of the woman, whom he described as a friend of the driver.

"My understanding is the cop is joking," Chadha Jimenez said by phone, adding that it was "a nasty, sarcastic, untasteful joke." The driver was later convicted of driving while under the influence of alcohol, Jimenez said.

LoRusso said the officer was trying to de-escalate a situation involving an uncooperative passenger.

"His comments must be observed in their totality to understand their context," LoRusso said.

The dash-cam video was released after a local television station obtained it through an open records request.

The timestamp on the footage shows it occurred amid a spate of race-tinged violence involving law enforcement, including the fatal shootings of black men Alton Sterling and Philando Castile that came just days apart.