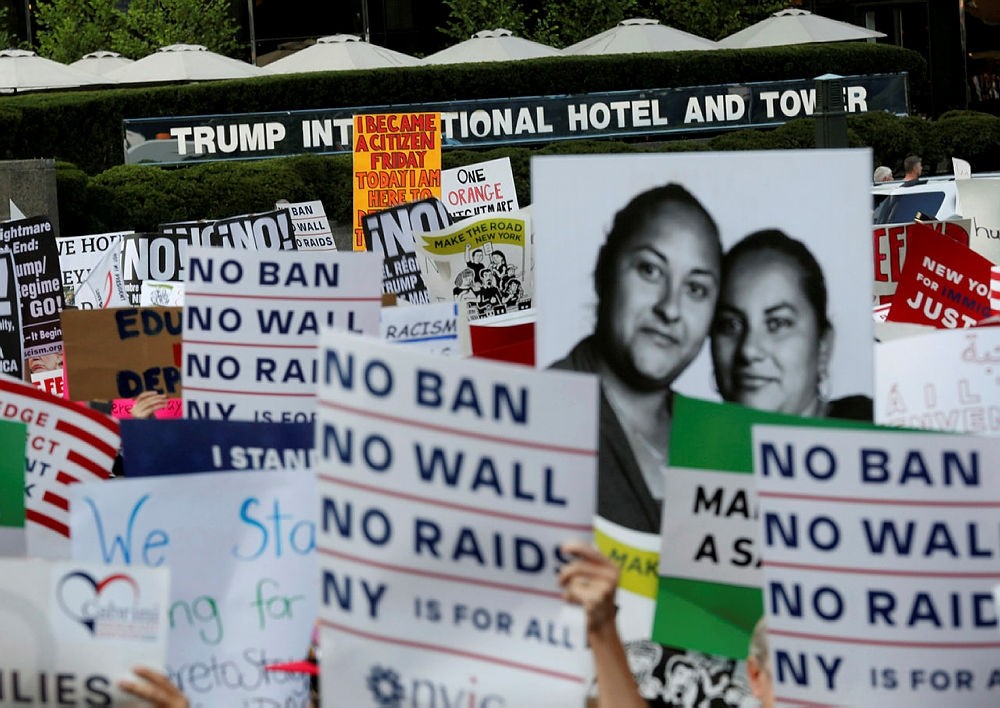 The US leader -- who had promised to act "with great heart" in the case of the so-called "Dreamers," many of whom have lived most of their life in the United States -- left it to his attorney general to make his final decision known.

"I am here today to announce that the program known as DACA that was effectuated under the Obama Administration is being rescinded," Jeff Sessions announced, arguing that the amnesty was unconstitutional and "denied jobs to hundreds of thousands of Americans by allowing those same illegal aliens to take those jobs."

Residency permits will not be cancelled immediately, but will instead be phased out as they expire over the coming months and years. The Trump administration said it was now up to Congress to draft new legislation to address the situation of DACA recipients, many of whom come from Latin American countries.

"With the measures the Department is putting in place today, no current beneficiaries will be impacted before March 5, 2018, nearly six months from now, so Congress can have time to deliver on appropriate legislative solutions," Acting Homeland Security Secretary Elaine Duke said in a statement.

If lawmakers fail to agree on new legislation, those impacted would find themselves in the country illegally when their current permits expire.

A senior Department of Homeland Security official said the people -- -- could then be deported, but there is "no plan at this time to target" them specifically.

Barack Obama implemented the DACA program five years ago to help bring the children of undocumented immigrants out of the shadows of illegality, permitting them to study and work without fear.

The decision to scrap the scheme prompted widespread outcry, with business leaders, Democrats and many Republicans arguing that the policy would damage the economy and was not in keeping with US values.

"It is my hope that the House and Senate, with the president's leadership, will be able to find consensus on a permanent legislative solution that includes ensuring that those who have done nothing wrong can still contribute as a valued part of this great country," he said in a statement.

Much of the business world, especially the high-tech firms of California's Silicon Valley, stood firmly against a DACA repeal. The program offers the equivalent of a residence permit -- renewable every two years -- to young people who were under the age of 16 when they arrived and have no criminal record.

The chances of a badly divided Congress reaching a broad agreement on immigration reform in months -- a task that has eluded them for years -- appear dim.

Several Republican lawmakers had warned Trump, who campaigned on a pledge to be tough on illegal immigration, against cancelling the popular DACA program.

Trump himself has publicly agonized and wavered over the fate of the young immigrants since arriving in the White House, calling it one of the most difficult decisions facing him, and declaring in the Oval Office last week: "We love the Dreamers."