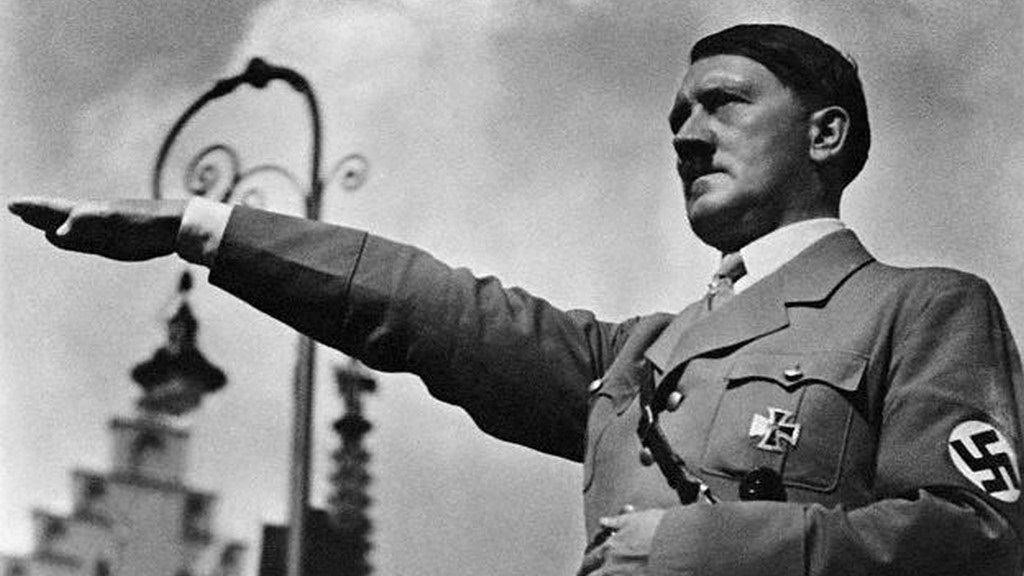 A declassified Central Intelligence Agency (CIA) memo has shown that the dictator of Nazi Germany was well and alive in South America in 1955, a decade after the Führer's known suicide.

The memo sent to the Western Hemisphere Division (WHD) chief of the CIA mentions a contact of the intelligence agency, to whom a "trusted friend" tells about the condition of Adolf Hitler. 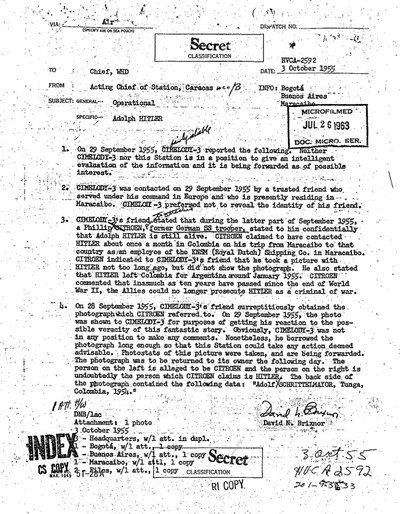 "CIMELODY-3 was contacted on 29 September 1955 by a trusted friend who served under his command in Europe and who is presently residing in Maracaibo. CIMELODY-3 preferred not to reveal the identity of his friend. CIMELODY-3's friend stated that during the latter part of September 1955, Phillip CITROEN, former German SS trooper, stated to him confidentially that Adolph HITLER is still alive," the memo read.

"CITROEN claimed to have contacted HITLER about once a month in Colombia on his trip from Maracaibo," it added.

"CITROEN indicated to CIMELODY-3's friend that he took a picture with HITLER not too long ago, but did not show the photograph," the document claimed. Nevertheless, later in the memo, the CIA employee says "On 28 September 1955, CIMELODY-3's friend surreptitiously obtained the photograph which CITROEN referred to. On 29 September 1955, the photo was shown to CIMELODY-3 for purposes of getting his reaction to the possible veracity of this fantastic story," and a very grainy picture is added to the last page of the once 'secret' document. 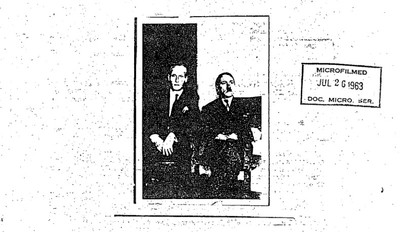 "He also stated that HITLER left Colombia for Argentina around January 1955. CITROEN commented that inasmuch as ten years have passed since the end of World War II, the Allies could no longer prosecute HITLER as a criminal of war."

Adolf Hitler killed himself by gunshot on April 30, 1945 in Berlin. His wife Eva Braun committed suicide with him by taking cyanide.