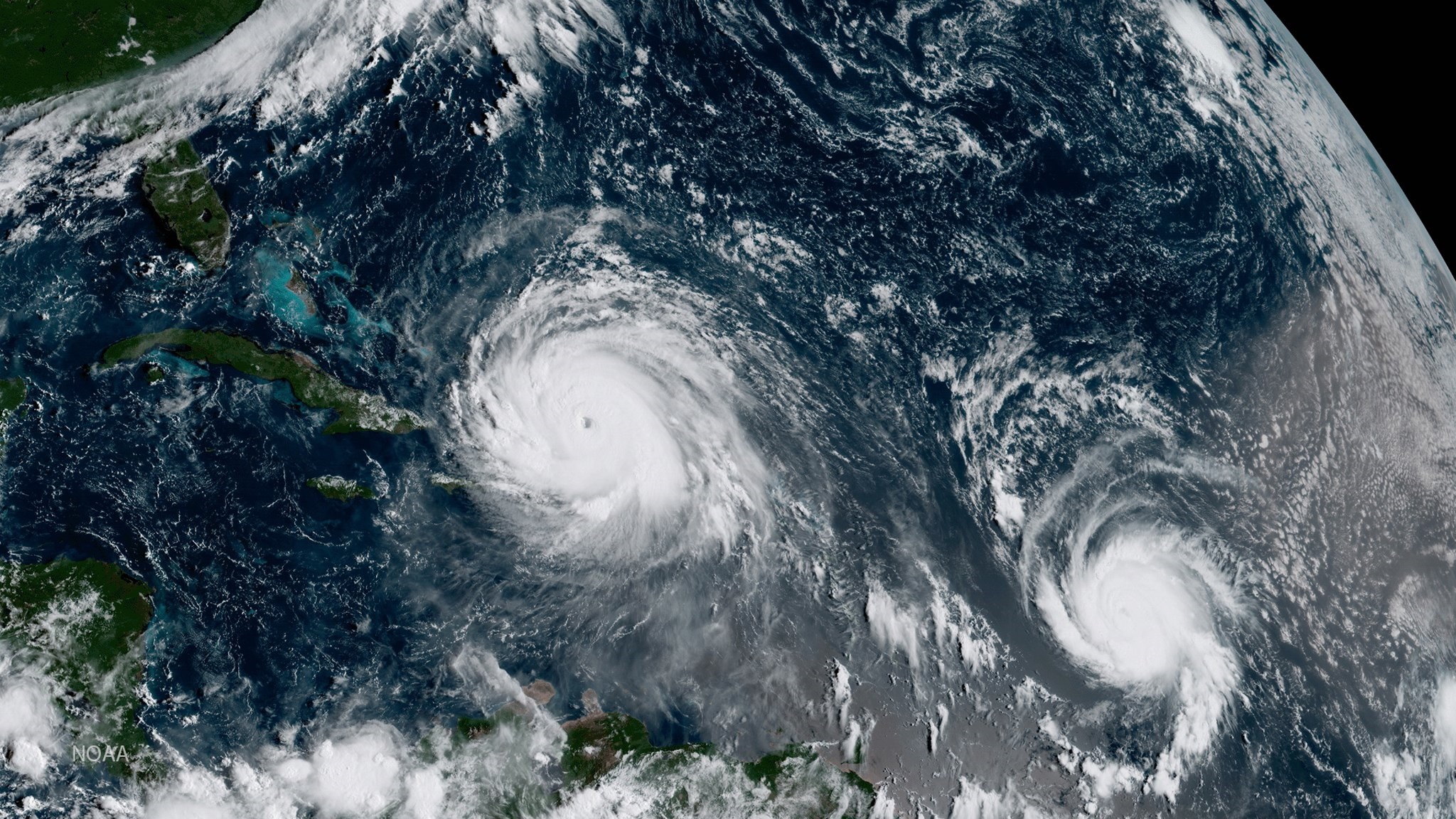 Jose now has top sustained winds of 150 mph (240 kph) and as it moves toward the northern leeward islands at a speedy 18 mph.

A Tropical Storm Watch has been issued for St. Thomas and St. John.

The government of France has issued a Tropical Storm Warning for St. Martin and St. Barts.

The government of Sint Maarten has issued a Tropical Storm Warning as well.

"I don't think it takes a rocket scientist to know that further damage is imminent," said Inspector Frankie Thomas of the Royal Police Force of Antigua and Barbuda.

Meanwhile, Hurricane Irma weakened from a Category 5 to a still-fearsome Category 4 on Friday morning with winds of 155 mph (250 kph).

The hurricane smashed homes, schools, stores, roads and boats on Wednesday and Thursday as it rolled over some of the world's most famous beach paradises, including St. Martin, St. Barts, St. Thomas, Barbuda and Anguilla.

It knocked out power, water and telephone service, trapped thousands of tourists, and stripped the trees of leaves, leaving an eerie, blasted-looking landscape. Authorities reported looting and gunfire in St. Martin, and a curfew was imposed in the U.S. Virgin Islands.

In heavily damaged Barbuda, Stevet Jeremiah's 2-year-old son was swept to his death after the hurricane ripped the roof off her house and filled it with water.

"There was so much water beating past us. We had to crawl to get to safety. Crawl," she said. "I have never seen anything like this in my life, in all the years I experienced hurricanes. And I don't ever, ever, ever want to see something like this again."

She added: "I have nothing. Not even an ID to say my name. Nothing. House gone. The only thing you see is the foundation."

The crisis was a glimpse of what could lie ahead early Sunday for Florida, which braced for what many fear could be the long-dreaded Big One, with the Miami metropolitan area of 6 million in the crosshairs.

Irma was at one point the most powerful recorded storm in the open Atlantic. It could be one of the most devastating storms ever to hit Florida, a state that has undergone rapid development since the last major storm struck a dozen years ago.

Florida residents and tourists faced gas shortages and gridlock on inland highways as a half-million people in Miami-Dade County were ordered to clear out.

Irma rolled past the Dominican Republic and Haiti and battered the Turks and Caicos Islands early Friday with waves as high as 20 feet (6 meters). Communications went down as the storm slammed into the islands, and the extent of the devastation was not immediately clear.

The hurricane also spun along the northern coast of Cuba, where tens of thousands of people were being moved to safety, including thousands of tourists along a shoreline dotted with all-inclusive resorts.

On the island of St. Thomas, part of the U.S. Virgin Islands, power lines and towers were toppled, leaves were stripped off plants and trees, a water and sewage treatment plant was heavily damaged, and the harbor was in ruins, along with hundreds of homes and dozens of businesses.

Thousands of tourists were trapped on St. Martin, St. Barts, and the Virgin Islands in the path of Jose, which threatened to strike as early as Saturday. Authorities rushed to evacuate as many people as possible from Barbuda ahead of the new storm.

Some of the Irma-ravaged islands could see tropical-storm force winds and heavy rain from Jose, said Jeff Masters of the private forecasting service Weather Underground.

"It's insult added to injury definitely, but nothing compared to what they already went through," Masters said. "It's going to hamper relief efforts, so that's a big deal."

On St. Martin, which is divided between Dutch and French control, cafes and shops were swamped, and the storm left gnarled black branches stripped of leaves. Battered cars, corrugated metal, plywood, wrought iron and other debris covered street after street. Roofs were torn off numerous houses.

There was little left of the Hotel Mercure but its sign, painted on a still-standing wall.

The cleanup was already underway for some. One man chopped at the branches of a bare tree. Another heaved what appeared to be furniture stuffing onto a pile. People sat in chairs outside a hospital, waiting to be seen.

"We've had quite some looting that has taken place, unfortunately," said William Marlin, prime minister of the Dutch side of the island.

Marlin said that in the aftermath of such a disaster, "people become kind of hopeless and there is no communication."

The hospital on St. Thomas was destroyed and dozens of patients were being evacuated to St. Croix and Puerto Rico by the U.S. Coast Guard.

Gov. Kenneth Mapp of the U.S. Virgin Islands imposed a 6 p.m. curfew. The primary focus for now is "making sure people have meals, water and shelter," Mapp said. "An event of this magnitude is very chilling."