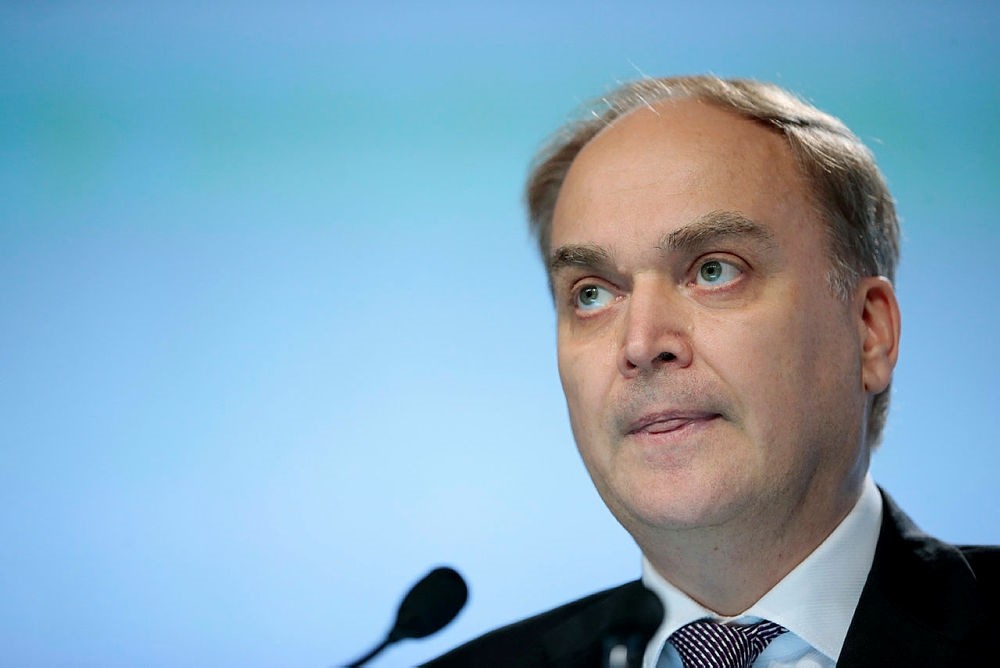 Russia's newly installed ambassador to Washington said on Friday that he had had a warm and constructive meeting with U.S. President Donald Trump, Russian news agencies reported.

"I was received by President Trump, I presented my credentials. For my part I said that we are looking forward to an improvement in the relations between our two countries," Tass news agency quoted the ambassador, Anatoly Antonov, as saying.

"President Trump received me in a warm and friendly way ... The atmosphere was very genial, constructive and welcoming. At least, that was my personal feeling," Russia's RIA news agency quoted Antonov as saying.

"We, together with his colleagues, his staff, agreed to continue our cooperation."

"I said that I look forward to working with the U.S government in the area of Russian-American mutual interests. And I said that, as far as Russia is concerned, we are ready to do that, we're ready to take concrete steps."

Antonov took over as ambassador from Sergei Kislyak, whose contacts with members of Trump's campaign team made him a central figure in the row over Russian influence on last year's U.S. presidential election.

A special counsel and congressional panels are investigating allegations of Russian meddling in the election, and whether members of the Trump campaign had improper contacts with figures linked to the Russian state.

Russia denies trying to interfere in the election.

Antonov, born in 1955, is a diplomat by training and before his posting to Washington was a deputy foreign minister. Between 2011 and 2016, he served as deputy defence minister, a period that coincided with Moscow's annexation of Ukraine's Crimean peninsula.

Two years ago, the European Union put him on its list of officials subject to Ukraine-related sanctions, citing his involvement in supporting the deployment of Russian troops to Ukraine.