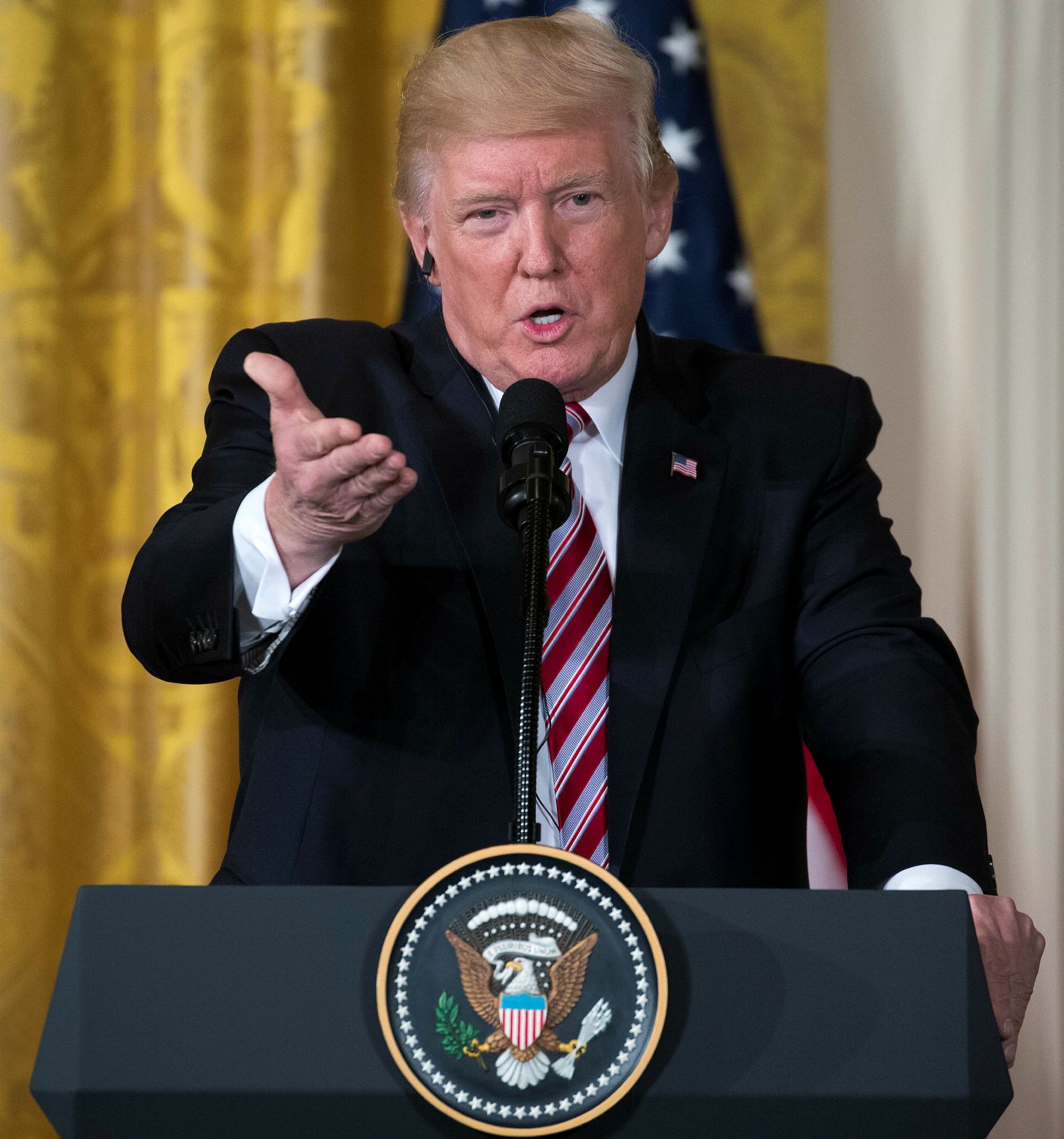 During a speech announcing the new Department of Homeland Security Policy in 2012, former U.S. President Barack Obama explained that the protections for dreamers were just "temporary relief."

"In the next few months, eligible individuals who do not present a risk to national security or public safety will be able to request temporary relief from deportation proceedings and apply for work authorization," Obama said. "Let's be clear: this is not amnesty, this is not immunity, this is not a path to citizenship, this is not a permanent fix."

In 2012 Democrats failed to pass the 'Dreamer Act' into law, and now Republican lawmakers say that they want to finish the job.

President Trump decided to let lawmakers fix DACA and his administration has and is working with Democrats on the issue.

No. 2 Senate Democrat Dick Durbin has had multiple conversations with Jared Kushner and other top White House officials about how to protect young immigrants known as "Dreamers" from deportation, the lawmaker said on Thursday.

Durbin, in an interview with Reuters, described Kushner as a conduit to his father-in-law, President Donald Trump, and open to the idea of doing something to help the 800,000 brought illegally to the United States as children.

Kushner, a top administration aide with a broad portfolio that includes brokering a Middle East peace agreement, held private meetings at the White House with Durbin and Republican Senator Lindsey Graham in April and July, according to Durbin's office.

Durbin, an outspoken advocate for the Obama-era Deferred Action for Childhood Arrivals program that protected the Dreamers from deportation and allowed them work permits, told Reuters he teamed up with Graham to discuss opportunities with the White House to help those enrolled in DACA.

"We initially had a conversation [with Kushner], at Senator [Chuck] Grassley's invitation, on criminal justice and I asked Mr. Kushner afterwards if we could talk about immigration, separate and apart from Senator Grassley, which we did," Durbin said.

"I went into DACA because I was concerned about how this was going to unfold," the Illinois lawmaker said.

The conversations underscore a level of interest in the issue among senior White House aides that could lend momentum to the congressional debate on approving a permanent legislative fix for the Dreamers that Durbin has sought for the past 16 years.

The talks also point to a White House that could be moving away from a more rigid immigration stance than during the initial weeks of Trump's presidency.

A White House spokesman said the administration "acted lawfully to correct the unconstitutional actions taken by" former President Barack Obama. "It is now up to Congress to act on behalf of the American people," he said.

However, "For all of those (DACA) that are concerned about your status during the 6 month period, you have nothing to worry about - No action!" Tweeted the President.

He also urged Congress to work on an alternative during that time.

Besides the White House meetings, Durbin said there were telephone calls with Kushner as well as calls and meetings with then-Homeland Security Secretary John Kelly, who recently became Trump's White House chief of staff.

Durbin said that Kushner invited Trump aide Stephen Miller to attend one of the White House meetings because of his experience as a Senate aide to Attorney General Jeff Sessions.

Sessions has been a leading voice in the Senate and Trump's Cabinet for tough enforcement of U.S. immigration laws and curtailing immigration generally.

Durbin said that during the meeting with Miller, "there was nothing in my conversation with him that suggested" he had moved away from Sessions' rigid stance.

Durbin said that he had not spoken directly with Trump since an Inauguration Day handshake at a Capitol Hill luncheon when the new president spoke in positive terms about Dreamers.

In describing some of the behind-the-scenes efforts, the senator portrayed a roller coaster-like series of "challenging" signals from Trump that began even before his inauguration on Jan. 20.

"During the course of his presidency, he has said very positive things about Dreamers and DACA and it's been a notable exception to his statements on immigration […] this seemed to be a separate category in his mind and that's why I explored it," Durbin said.

He said that Trump's announcement about the program on Tuesday appeared to be a setback "from what I hoped would occur based on his positive comments on Dreamers and DACA."

"But then within 12 hours," Durbin added, "the president was sending messages by tweet and otherwise that were more encouraging and they continue even until this morning."