Quebec mosque attacker who killed 6 back in court 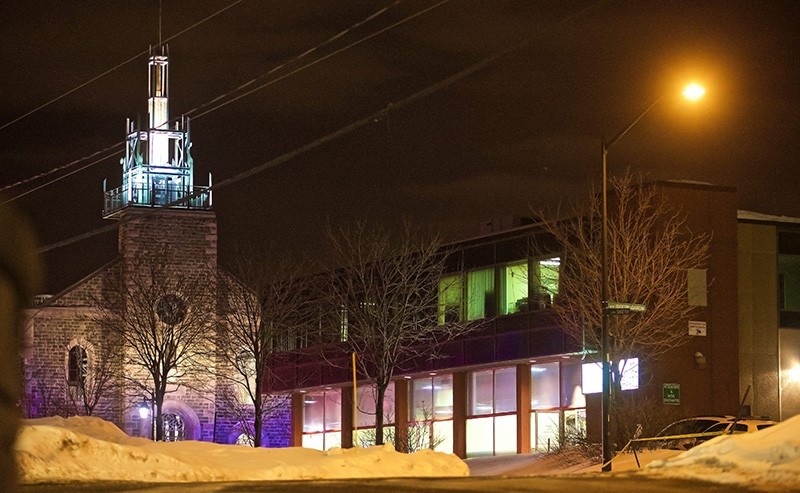 A general view shows the Quebec Islamic Cultural Centre (R) after two gunmen reportedly opened fire, in Quebec City, Quebec, Canada, 30 January 2017 (EPA Photo)
by Anadolu Agency Sep 09, 2017 12:00 am
The man, who allegedly gunned down six Muslims during prayers at a Quebec City mosque in January, made a brief appearance in a Canadian court Friday under heavy security.

The prosecution divulged additional evidence to the defense team of Alexandre Bissonnette, a necessary disclosure step under Canadian criminal law.

Bissonnette, 27, is accused of the murder of six men at the Islamic Culture Centre of Quebec City and wounding 19 others, Jan. 29. He faces six charges of murder and five of attempted murder.