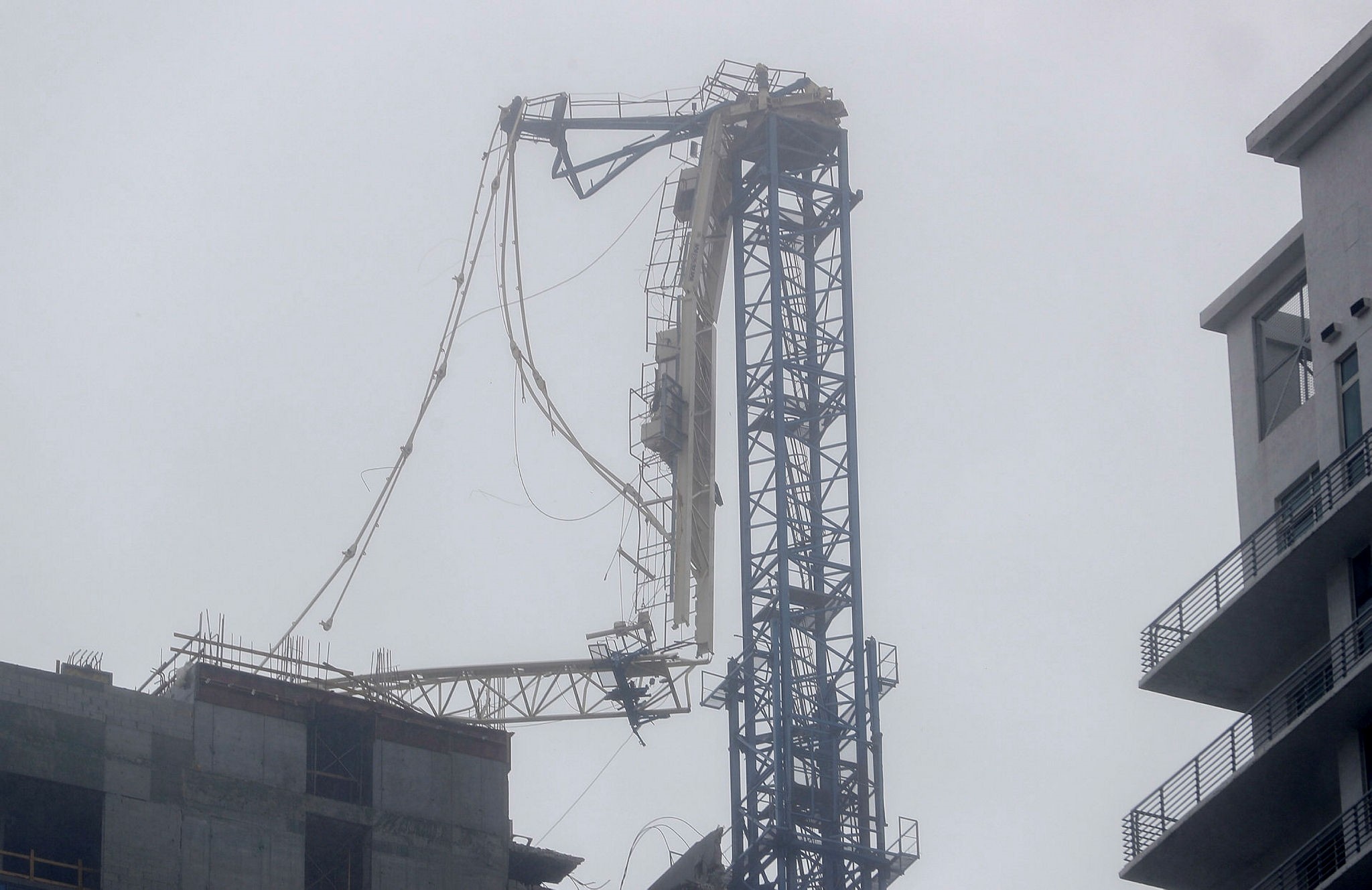 A second construction crane collapsed in the Sunshine State late Sunday, with the National Hurricane Center saying that a slightly weakened but still powerful Irma will slam the Naples and Marco Island with its strongest winds in a couple of hours.

The center said later that two million people are without power in the peninsula, as the hurricane slammed the state.

Irma's winds dropped to 120 mph (195 kilometers per hour), down from 130 mph, and forecasters say it should weaken a bit more before landfall. But it still expected to a strong major hurricane as it rakes Florida from its western edges across to the east.

The storm is 35 miles (55 kilometers) south of Naples and has picked up speed moving north at 12 mph (19 kilometers per hour).

The now Category 3 hurricane will keep on battering all of South Florida with high wind and surge, forecasters say.

The hurricane center in western Miami, across the state from the eye of the mammoth storm, recorded an 81 mph (130 kilometers per hour) wind gust.

"This is a life-threatening situation," the hurricane center posted.