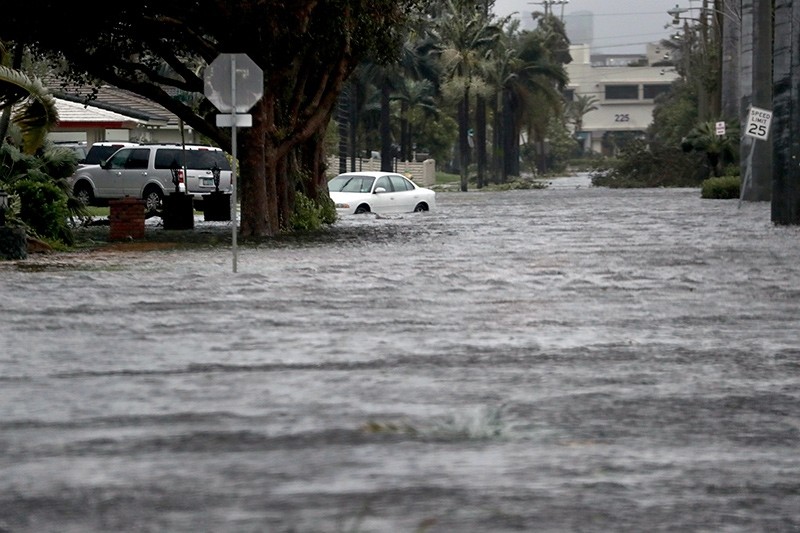 The declaration means residents and businesses can apply for grants for temporary housing and home repairs, low-cost loans to cover uninsured property losses, and other programs. The federal government will also reimburse counties for emergency protective measures including evacuation and sheltering costs as well as for much of the costs of debris removal.

At least 30 deaths are already attributable to the storm. The U.S. victims included a sheriff's deputy killed in a head-on collision early Sunday as she drove home for supplies after working in a shelter all night.

Irma smacked the Keys 57 years to the day that Hurricane Donna hit the same area in 1960, destroying nearly 75 percent of the island chain's buildings.

A shelter of last resort set up in the Middle Keys city of Marathon was reported to be without power or running water, and surrounded by surging waters.

Irma also led to some uniquely Floridian responses, with a sheriff forced to warn residents not to shoot at the storm after an online prank promoting the idea went viral.