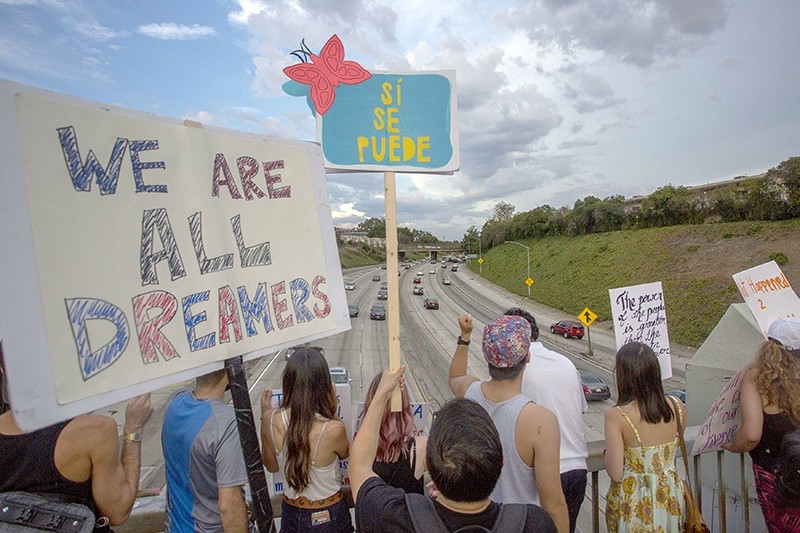 California sued the Trump administration Monday over its decision to end a program that gives protection from deportation to young immigrants brought to the United States illegally as children or by parents who overstayed visas.

The lawsuit's legal arguments largely mirror those already filed in a lawsuit last week by 15 other states and the District of Columbia.

Attorney General Xavier Becerra said he was joined in his suit by the attorney generals for Maryland, Maine and Minnesota. The lawsuit alleges the Trump Administration violated the Constitution and other laws when it rescinded the program.

The lawsuit makes largely procedural arguments, including that federal law requires that such decisions be made for sound reasons and only after the public has a chance to make formal comments. It said the administration also failed to follow a federal law requiring it to consider negative effects of the decision on small businesses.

The University of California has also filed a legal challenge to ending the program.

U.S. Attorney General Jeff Session announced last week that new applications for the program are being halted and that it will end in six months if Congress does not take action.

Sessions said President Barrack Obama's creation of the program without Congressional approval was "an unconstitutional exercise of authority."

But the states' lawsuit says the administration still must follow federal procedural laws if it wants to end the program.