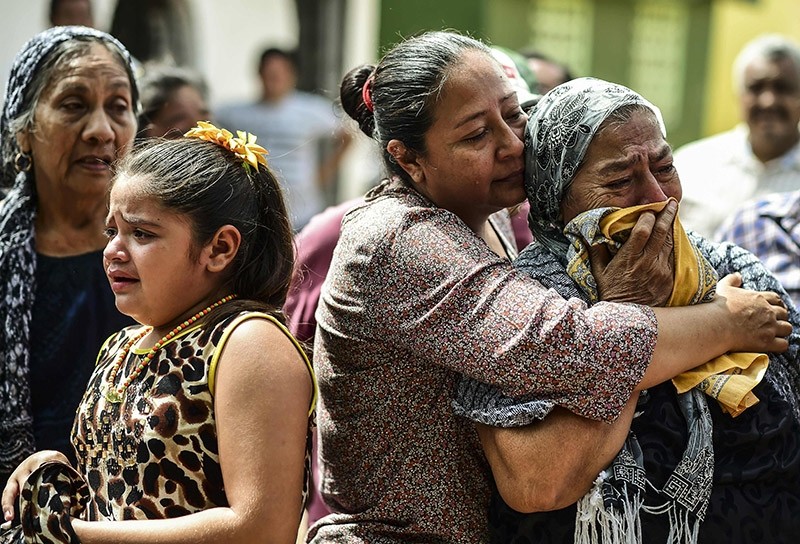 A powerful earthquake that struck Mexico last week has left some 2.5 million people in need of aid and killed 96 others, authorities said on Monday, as officials rushed to get food and water to stricken communities in the poor south.

Oaxaca state governor Alejandro Murat told local television the death toll in his state had risen to 76. He said preliminary reports showed that at least 12,000 homes were damaged, and warned the number was likely to rise.

Murat said 1 million people in Oaxaca needed food, water, electricity and help rebuilding damaged homes, while in neighboring Chiapas state, which was closest to the epicenter of the tremor, 1.5 million people were affected, according to officials.

"We are united in facing this humanitarian crisis," Murat said.

The 8.1-magnitude quake off the coast of Chiapas rattled Mexico City and sowed destruction across the narrowest portion of Mexico on the isthmus of Tehuantepec.

Mexico's government on Monday withdrew an offer to help victims of Hurricane Harvey in Texas after the quake stretched the resources of its emergency services. The government has been coping with heavy rains and the impact from Hurricane Katia on the Gulf state of Veracruz.

Sixteen people were reported killed in Chiapas state and four others in neighboring Tabasco from the quake. Many of the fatalities in Oaxaca were in the town of Juchitan, where more than 5,000 homes were destroyed.

Some trucks with government aid delivered bags of simple rations, mostly water and canned food on Sunday, but many residents complained about the slow pace of assistance.

Margarita Lopez, a 56-year-old domestic worker, lined up for help in one especially hard-hit neighborhood of Juchitan, where nearly every house was severely damaged in the quake.

"Almost nothing has arrived from the government, and we don't know what else we can do," Lopez said.

The quake was the most powerful to hit Mexico in over eight decades and was stronger than a 1985 temblor that killed thousands in Mexico City. However, its greater depth and distance kept the capital from being more serious damaged.

Many residents were wary about returning to wobbly buildings hit by the initial tremor, instead sleeping in the open air in gardens, patios and in the street.

State-run oil company Pemex said on Monday it has not restarted its Salina Cruz refinery due to the aftershocks. Pemex shut down the refinery as a precaution following the quake.