One killed, three injured in school shooting in Washington state 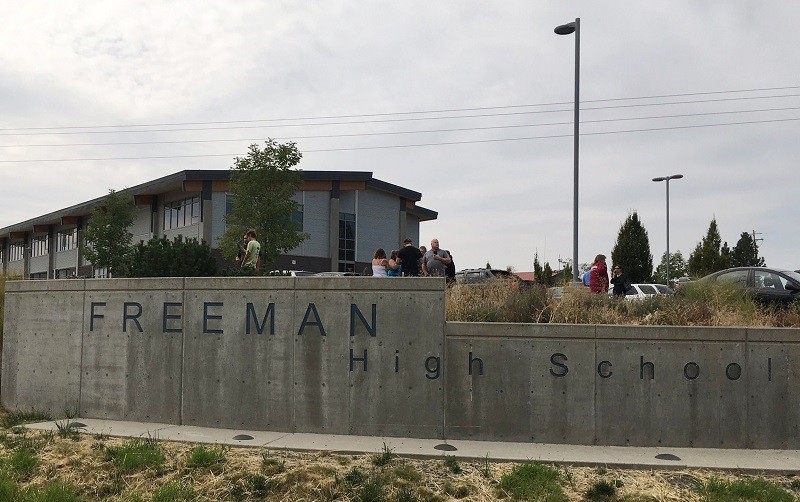 One person was killed while three were injured and taken to hospital Wednesday after shooting at a high school south of Spokane, Washington, fire officials said.

Brian Schaeffer of the Spokane Fire Department said the threat "has been eliminated" at Freeman High School in Rockford, south of Spokane. He wouldn't release how many people were injured or their conditions. He provided no more details.

Spokane Public Schools said on Twitter that the school is no longer lockdown.

No information was immediately available on who opened fire

Multiple ambulances and a Lifeflight helicopter were dispatched, following reports of the shooting.

Annie Baxter, whose two daughters attend Freeman Middle School across the street from the high school, told The Spokesman-Review that children were running into buildings when she pulled up to the school area about 10:15 a.m.

She says classes were about to begin because it's a "late start" day.