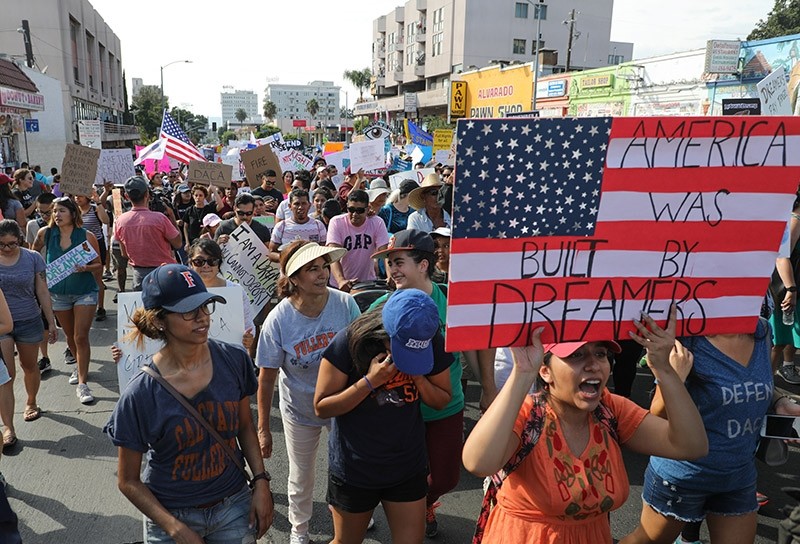 According to a new poll, just 5 percent of Mexicans trust Trump's judgment in international affairs. That's the American leader's lowest rating among citizens of more than three dozen nations polled earlier this year.

The survey released Thursday by the Pew Research Center said 93 percent of Mexicans had "no confidence in the U.S. president to do the right thing regarding world affairs."

The approval south of the border for Trump pales in comparison to former President Barack Obama's marks. Pew said he had the confidence of 49 percent of Mexicans in its last survey, slightly more than those who had no confidence in him. His lowest score was a 38 percent vote of confidence in 2011.

"Views in Mexico are pretty made up," Margaret Vice, the center's senior researcher and co-author of the survey, told The Associated Press.

Trump's criticism of America's neighbors has been far from subtle. He announced his run for the White House in 2015 calling Mexican immigrants "criminals" and "rapists." And a signature issue in his campaign was the promise that he would build a wall along the border, and that Mexico would pay for it.

An overwhelming 94 percent of Mexicans oppose the wall, according to the Pew poll.

For Mexicans, negative attitudes about America go beyond Trump. Nearly two in three now have a poor opinion of the United States, the highest mark at any point in the past decade and a half. The number has more than doubled in the last two years.

At a time when Trump has channeled American frustrations over U.S. trade relations with Mexico, Mexicans have similar feelings about the economic relationship. Slightly more than half now say such ties to the U.S. are good for their country, down from 70 percent in 2013.

Mexico has been a top trade partner of the U.S. ever since the North American Free Trade Agreement was reached in the 1990s. Trump has begun a process of renegotiating the deal, alleging that it is unfair to American workers. Canada is also part of the accord.

Despite the negative perceptions of the U.S., the number of Mexicans who believe their lot would improve on the other side of the border has increased by 7 percentage points since 2015. Fifty-five percent say Mexicans who've moved to the U.S. enjoy a better life.

That reflects increased dissatisfaction among Mexicans about their own country and their own president.

More than eight in 10 Mexicans disapprove of the way things are going. Just over a quarter of the population has a favorable view of Pena Nieto, down from a peak of 61 percent in 2011. It's his lowest approval rating since Pew began polling on the question six years ago.

Favorability of his party, PRI, has almost halved to 27 percent. The opposition party, MORENA, is viewed favorably by 37 percent.

"Things are so bad in Mexico and they seem to be getting worse for a lot of Mexicans," Vice said.

Pew Research Center conducted its survey among 1,000 respondents in Mexico from March 2 to April 10. The margin of error is 4.4 percentage points.