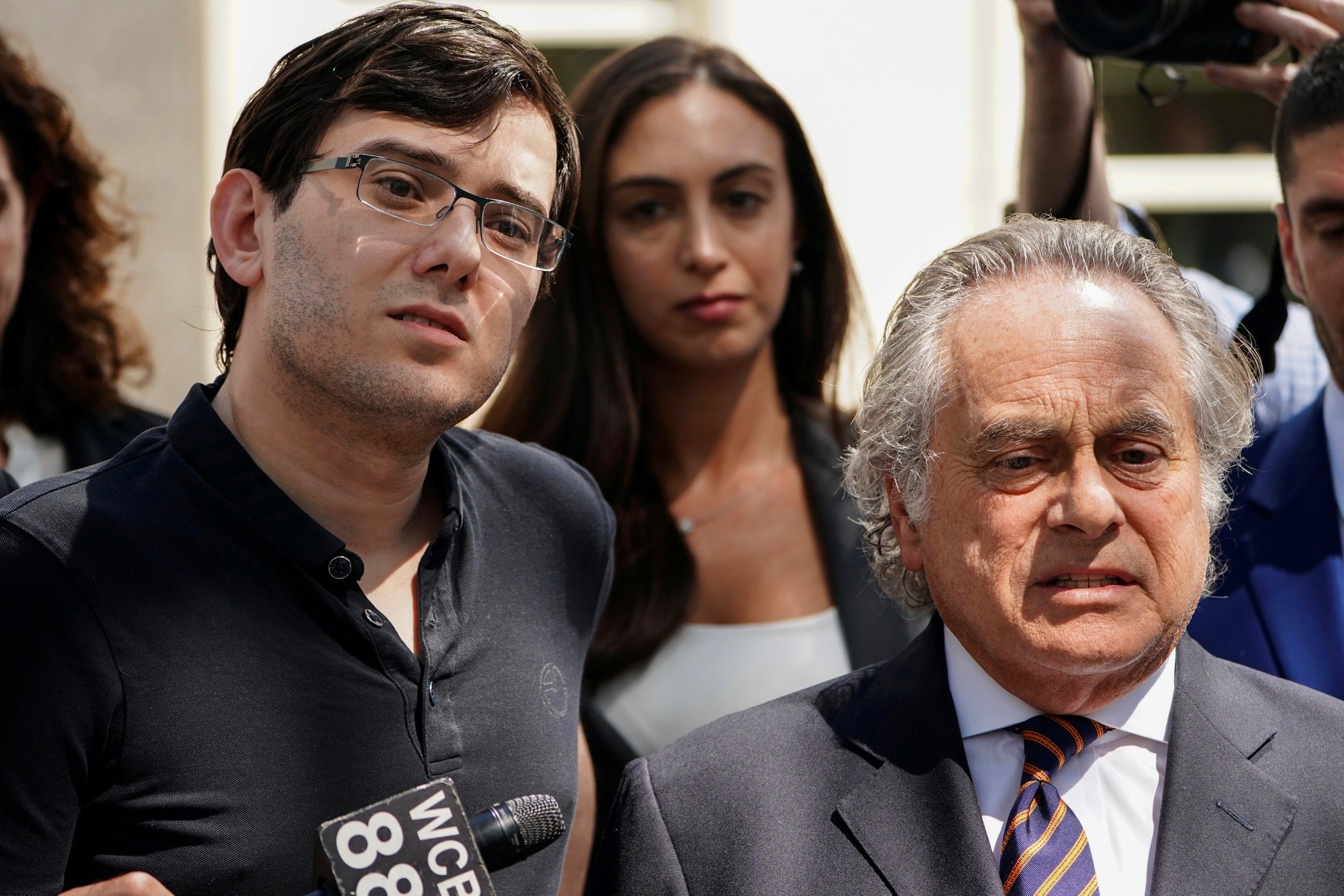 A U.S. judge on Wednesday ordered Martin Shkreli to be jailed while he awaits sentencing for securities fraud, citing a Facebook post in which the former drug company executive offered a $5,000 (3,787 pounds) reward for a strand of Hillary Clinton's hair.

Shkreli, 34, dubbed the "pharma bro" for exploits that include jacking up the price of a life-saving drug by 5,000 percent, was silent and stony-faced as U.S. marshals led him out of a Brooklyn courtroom. He had been free on a $5 million bail since his December 2015 arrest.

U.S. District Judge Kiyo Matsumoto ruled that Shkreli's Sept. 4 post, made shortly before Clinton embarked on a book tour, showed he posed a danger to the public. The post prompted an investigation by the U.S. Secret Service, which is charged with protecting the former Democratic presidential candidate.

The judge rejected arguments by Shkreli's lawyer, Benjamin Brafman, that the post was protected free speech, saying one of Shkreli's Facebook followers - who number more than 93,000 - could take it seriously.

"This is a solicitation of assault in exchange for money," the judge said. "That is not protected by the First Amendment."

Shkreli was convicted in August of defrauding investors of two hedge funds he ran. Matsumoto on Wednesday scheduled his sentencing for Jan. 16.

Shkreli said in a letter to Matsumoto on Tuesday that his Facebook post was meant as satire. Brafman repeated that argument on Wednesday, but Matsumoto was not convinced.

"What's funny about that?" she demanded.

Matsumoto, who was visibly angry throughout the hearing, also pointed to a post by Shkreli in July crudely saying he would have sex with a female journalist, Lauren Duca, as part of a pattern of threatening behavior.

Shkreli was banned from the social media platform Twitter in January for harassing Duca after she rebuffed his invitation to attend Trump's inauguration.

After Matsumoto announced her decision, Brafman pleaded with her repeatedly to reconsider sending Shkreli to what he said would be a maximum security jail, or at least give him until Monday to prove he was not a danger.

The judge, however, was unmoved.

"We are obviously disappointed," Brafman told reporters outside the courthouse. "We believed that the court arrived at the wrong decision. But she's the judge, and right now we will have to live with this decision."

Charges against Shkreli for defrauding hedge funds MSMB Capital and MSMB Healthcare carry a maximum sentence of 20 years, but he will likely serve much less, in part because none of the investors lost money.

Shkreli first rose to prominence in 2015 when, as chief executive of Turing Pharmaceuticals, he raised the price of anti-infection drug Daraprim by 5,000 percent. The move outraged U.S. lawmakers and patients.