Trump revives claim of bad on 'both sides' in Charlottesville, then condemns white supremacists 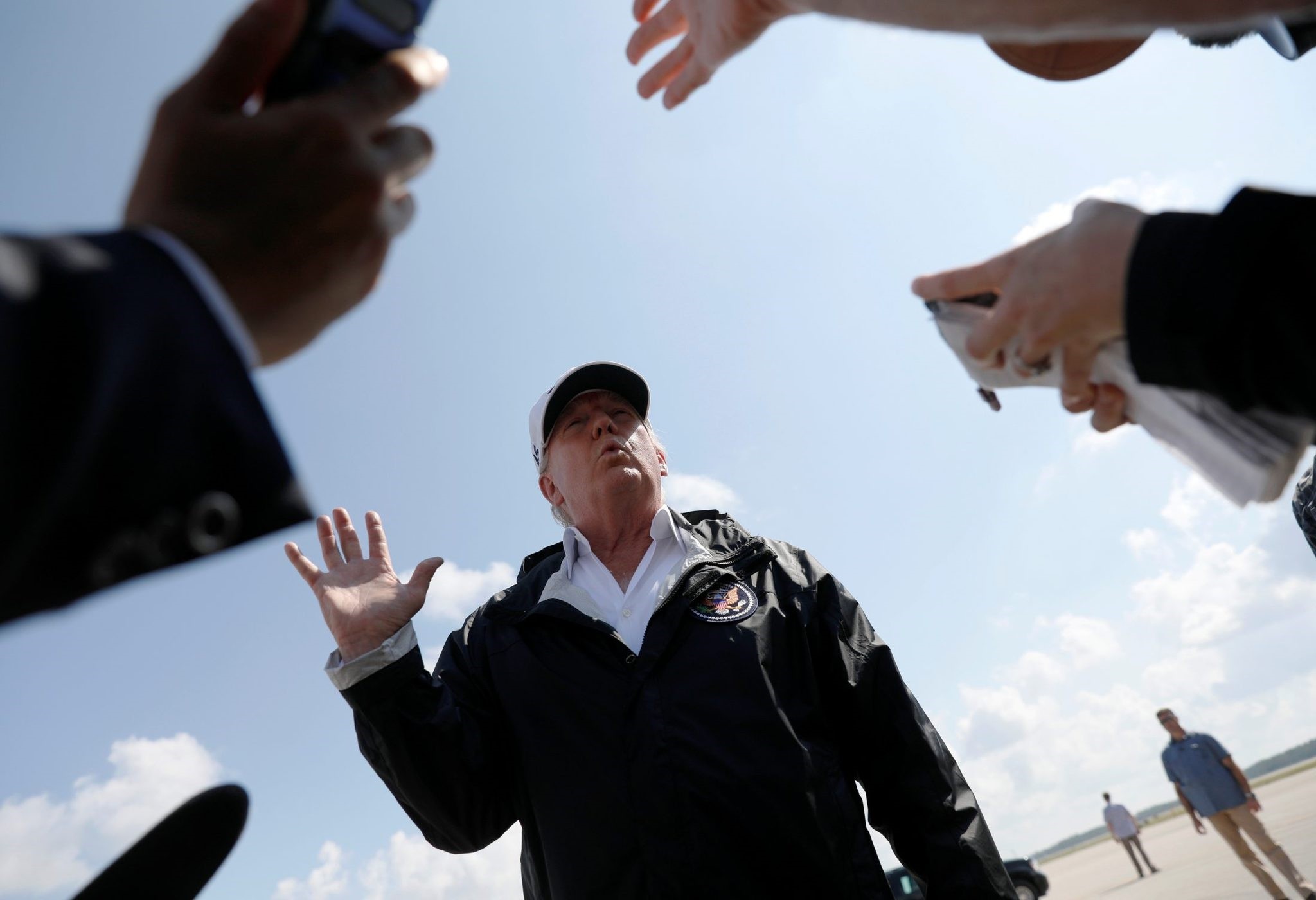 President Donald Trump on Thursday signed a resolution condemning white supremacists and hate groups, hours after reviving his assertion that there were "bad dudes" among the people who assembled to oppose a white nationalist protest in Charlottesville, Virginia, last month.

"You know, you have some pretty bad dudes on the other side also," the president told reporters aboard Air Force once, sparking another round of criticism that the president has failed to adequately condemn hate speech.

The resolution, passed by Congress earlier this week, condemns "the violence and domestic terrorist attack that took place" in Charlottesville as well as white supremacists, neo-Nazis and other hate groups.

It also urges the president and his administration to "speak out against hate groups that espouse racism, extremism, xenophobia, anti-Semitism and white supremacy," and calls on the Justice Department and other federal agencies to "use all resources available" to address the growing prevalence of those groups.

"As Americans, we condemn the recent violence in Charlottesville and oppose hatred, bigotry, and racism in all forms," Trump said in a statement announcing the signing. He called on Americans to move forward "as one people" and "to rediscover the bonds of love and loyalty that bring us together as Americans."

Trump's earlier comments on Charlottesville came one day after he met in private with Sen. Tim Scott of South Carolina, the Senate's lone black Republican, at the White House. The two discussed the president's past remarks blaming "many sides" for the violence and death around a Confederate statue.

Recounting his conversation with Scott, Trump told reporters aboard Air Force One on Thursday: "I think especially in light of the advent of antifa, if you look at what's going on there, you know, you have some pretty bad dudes on the other side also. And essentially that's what I said."

"Antifa" is short for "anti-fascist," an umbrella description for far-left-leaning militant groups.

Trump added that more and more people are starting to agree with him.

"A lot of people are saying — in fact a lot of people have actually written, 'Gee Trump might have a point,'" Trump said. "I said, 'You got some very bad people on the other side also,' which is true."

Trump last month said there were "very fine people" among the nationalists and neo-Nazis protesting the possible removal of a Confederate statue in Charlottesville.

Scott said he told the president that there was no comparison.

"We had three or four centuries of rape, murder and death brought at the hands of the (Ku Klux Klan) and those who believe in a superior race," he told reporters at the Capitol. "I wanted to make sure we were clear on the delineation between who's on which side in the history of the nation."

Scott bluntly criticized Trump for assigning blame in a way that put white supremacist protesters on equal footing with counterdemonstrators who turned out for the Aug. 12 protests, sparked by Charlottesville officials' decision to remove a statue of Confederate Gen. Robert E. Lee.

On Wednesday, Trump told Scott that he just meant to convey "that there was an antagonist on the other side" — to which Scott replied, "The real picture has nothing to do with who is on the other side."

The president said that he got the point, Scott said. Asked if the president can regain his moral authority, Scott responded, "That will take time."

White House spokeswoman Sarah Huckabee Sanders said Trump and Scott had an "in-depth" discussion about the Charlottesville comments, "but the focus was primarily on solutions moving forward."

"That was what both people came to the meeting wanting to discuss," Sanders said during a White House briefing. "What we can do to bring people together, not talk about divisions within the country."

Bennett sat on the bench during the national anthem before Sunday's game at Green Bay, one of several NFL players protesting in support of former NFL quarterback Colin Kaepernick, who remains unsigned after starting the protests last year to bring attention to police brutality against minorities.

"I believe he found it unsettling and challenging," Scott said.

This came as several athletes, activists and celebrities signed a letter of support for Bennett.

"Michael Bennett has been sitting during the anthem precisely to raise these issues of racist injustice that are now an intimate part of his life. Now we stand with him," the letter said.

It was signed by Kaepernick; tennis legend Martina Navratilova; academic Cornel West; John Carlos, a U.S. Olympic champion who famously raised his black-gloved fist during a 1968 medal ceremony; and other athletes and activists.