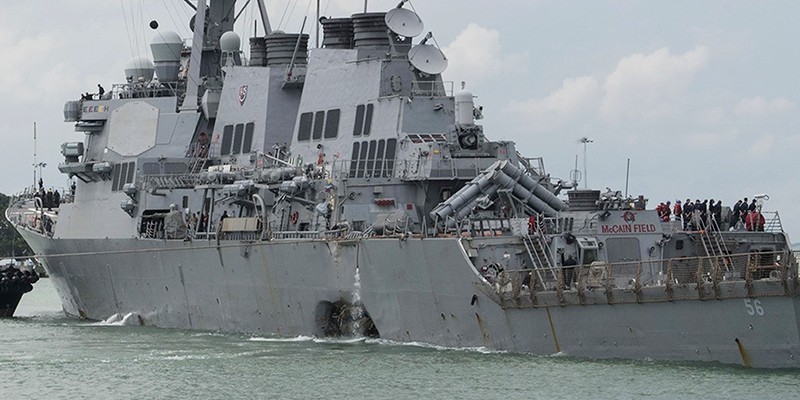 The U.S. Navy dismissed two senior officers on Monday after a series of collisions involving Seventh Fleet warships in Asia, citing a loss of confidence in their ability to command.

"Both reliefs were due to a loss of confidence in their ability to command," the Navy statement said.

The shakeup in the Seventh Fleet command followed a pre-dawn collision between guided-missile destroyer USS McCain and a merchant vessel east of Singapore and Malaysia on Aug. 21, which killed 10 sailors and was the fourth major incident in the U.S. Pacific Fleet this year.

Several other officers have also been relieved, with administrative action taken against other members of the ship's watch teams.