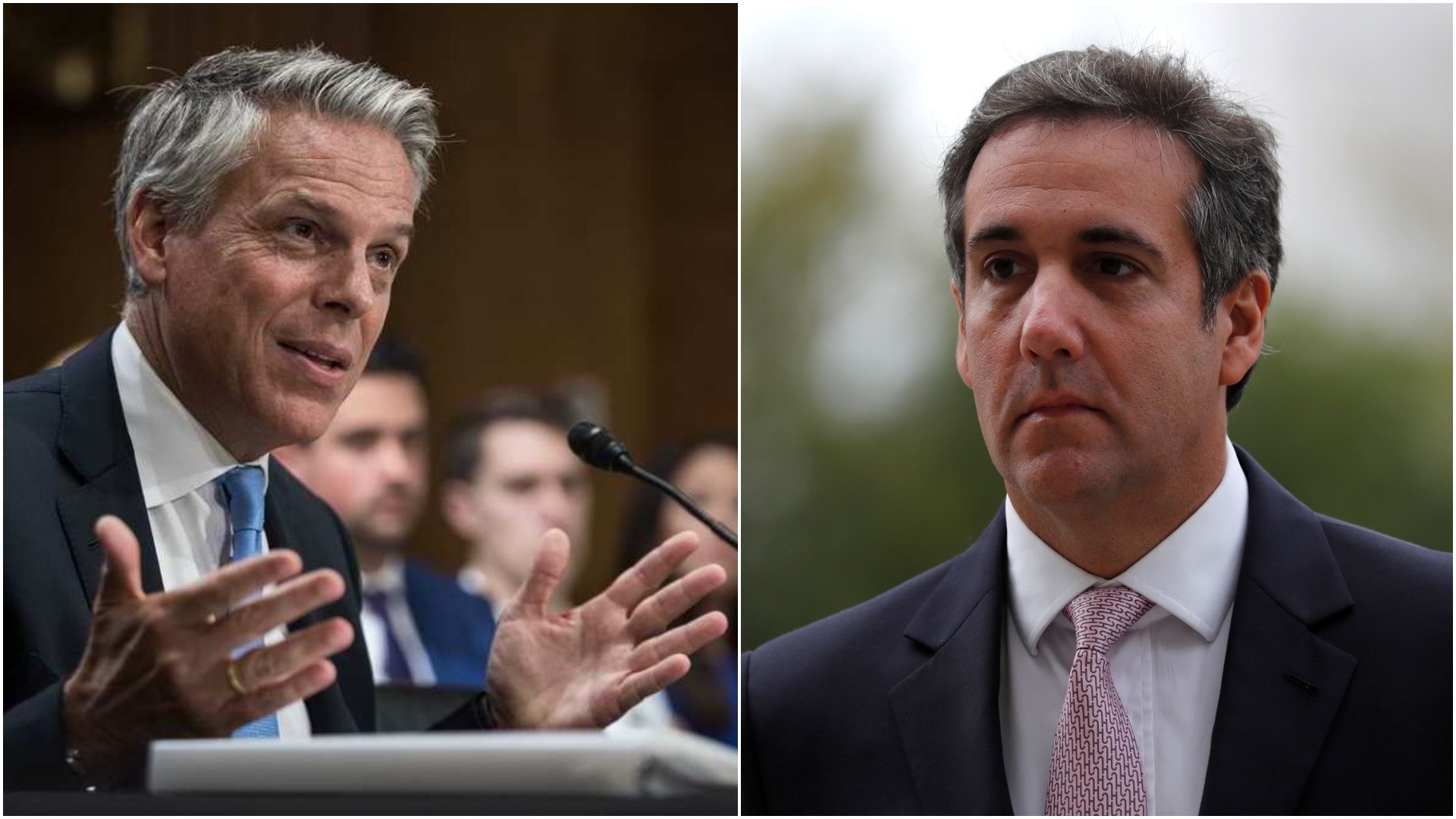 Former Utah Governor Jon Huntsman, President Donald Trump's nominee to be ambassador to Russia, said on Tuesday there was "no question" that Moscow meddled in the 2016 U.S. election, and pledged to bring up the issue with the Russian government.

"There is no question, underline no question, that the Russian government interfered in the U.S. election last year," Huntsman, who has also served as U.S. ambassador to China, said at his U.S. Senate confirmation hearing.

"Moscow continues to meddle in the democratic processes of our friends and allies," Huntsman said.

If he's confirmed, Huntsman would take over a high-profile post amid ongoing investigations by special counsel Robert Mueller into Russia's election intrusions and potential contacts between Russian officials and the Trump campaign.

Russia has denied interfering in the election, but U.S. intelligence agencies' conclusion that it did so to boost Trump's chances of being elected have shadowed the first months of the Republican's presidency.

Congressional committees and a special counsel are investigating whether Trump associates colluded with Russia.

The White House denies any collusion.

Huntsman said he would raise the issue with Russian authorities.

"I will also not hesitate to remind government officials that they are accountable for their actions. Exhibit A is the fact that interference in the U.S. election has led directly to the current low level of trust in the relationship," he told the Senate Foreign Relations Committee.

Meanwhile, Trump's lawyer denied on Tuesday that he or Trump colluded with Russia to interfere in last year's presidential election, and said such charges were meant to discredit Trump's presidency.

"I emphatically state that I had nothing to do with any Russian involvement in our electoral process," Michael Cohen said in a statement prepared for a scheduled meeting with Senate Intelligence Committee investigators that was ultimately postponed.

"Given my own proximity to the president of the United States as a candidate, let me also say that I never saw anything - not a hint of anything - that demonstrated his involvement in Russian interference in our election or any form of Russia collusion," Cohen said.

After the statement was reported by media organizations on Tuesday morning, Cohen and his attorney, Stephen Ryan, traveled to Capitol Hill for a closed-door interview with Intelligence Committee investigators - but were told that the committee had decided to postpone the meeting.

Cohen's name surfaced in a dossier, compiled by former British intelligence officer Christopher Steele, that reported Cohen played an important role in liaison with the Russian government and secretly met with Kremlin officials in Prague in August 2016.

The Steele dossier, Cohen said in his statement, is "riddled with falsehoods and intentionally salacious allegations."

"I have never in my life been to Prague or to anywhere in the Czech Republic," he said.

Current and former U.S. intelligence officials have said that while they cannot verify all the details in the Steele dossier, neither have they debunked it entirely.

It was not immediately clear why Cohen's meeting with Senate investigators was postponed.

"The committee has chosen to postpone today's interview and we will come back for a voluntary interview whenever we can to meet with them," Ryan told reporters. "Mr. Cohen will continue to co-operate."

Cohen said in his statement that the collusion charges are meant to discredit Trump's presidency.

"I'm also certain that there are some in this country who do not care about the facts, but simply want to politicize this issue, choosing to presume guilt - rather than presuming innocence - so as to discredit our lawfully elected president in the public eye," he said.

The relationship between the United States and Russia is badly strained and has been marred in recent months by a series of expulsions of diplomats and closures of diplomatic missions.